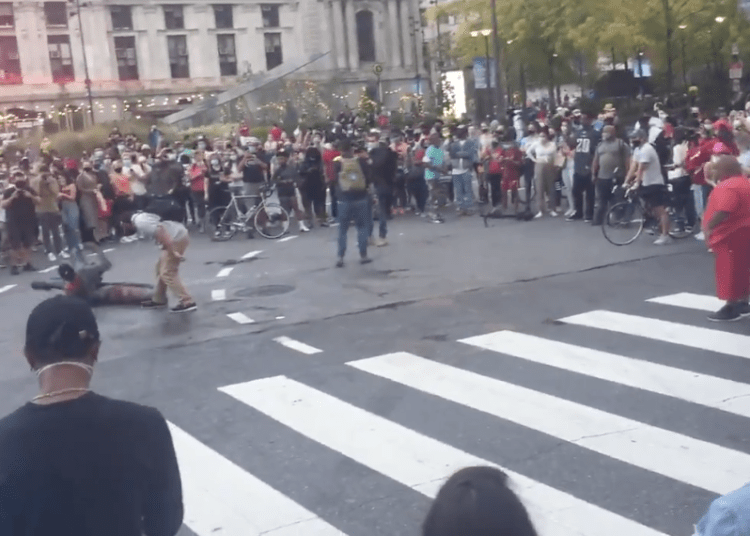 PHILADELPHIA — A crowd of about 1,000 anti-Trump demonstrators kicked, punched, and threw an inflatable doll with President Donald Trump’s face on it in the streets of Philadelphia on Saturday as networks called the 2020 race for Joe Biden, Breitbart reported.

About a 1K people milled about #PhiladelphiaCityHall this afternoon, centered around a cone-shaped pillow-like item bearing Trump's face.

People ritualistically kicked, slammed, and punched it to much applause.

It's disturbing because symbolic violence leads to actual violence. pic.twitter.com/m3o9PrGggl

The night before, Joe Biden — presumed president-elect the next day — said:

We may be opponents but we’re not enemies, we’re Americans. No matter who you voted for I’m certain of one thing, the vast majority of them, almost 150 million Americans who voted they want to get the vitriol out of our politics. We’re certainly not going to agree on a lot of issues but at least we can agree to be civil with one another. We have to put the anger and the demonization behind us. It’s time for us to come together as a nation to heal. It’s not going to be easy, we have to try.

That message seemed not to have filtered through to some of his supporters, who indulged in street demonstrations despite public concerns about coronavirus and crowds.