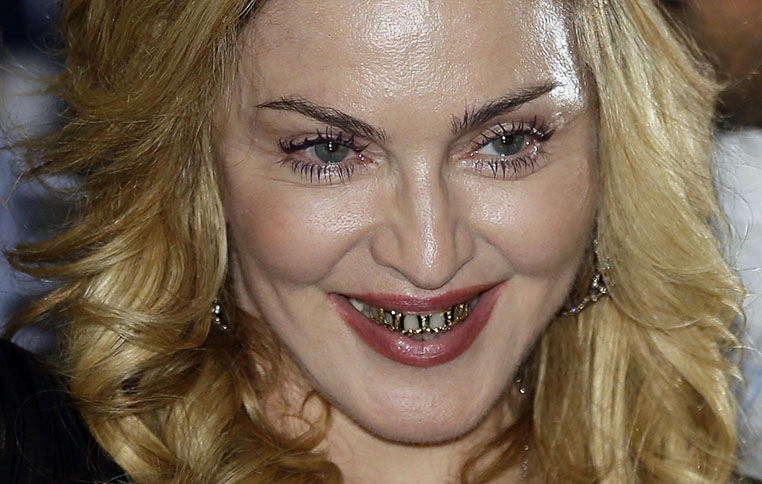 FILE - In a Wednesday, Aug. 21, 2013 file photo, U.S. pop star Madonna smiles during her visit at the "Hard Candy Fitness" center in Rome. Madonna, John Mellencamp and Led Zeppelin’s Jimmy Page and Robert Plant are among the nominees for the 2014 Songwriters Hall of Fame. They're joined by a number of top acts, including Ray Davies, Sade, Cyndi Lauper and Linda Perry.Songwriters Hall gave The Associated Press a list of nominees in advance of the official announcement, set for Thursday, Oct. 9, 2013. The gala takes place June 12 at the New York Marriott Marquis.(AP Photo/Gregorio Borgia, File)

The U.S. Secret Service will reportedly open an investigation into Madonna after the singer told demonstrators at the Women’s March on Washington Saturday that she has often thought of “blowing up the White House.”

“I’m angry. Yes, I’m outraged. Yes, I have thought an awful lot about blowing up the White House,” Madonna said. “But I know that this won’t change anything. We cannot fall into despair.”

A spokesman for the Secret Service reportedly told The Gateway Pundit that the agency was “aware” of the singer’s comments and would open an investigation.

“Yesterday’s Rally. was an amazing and beautiful experience,” she wrote on Instagram Sunday.

“I came and performed Express Yourself and that’s exactly what I did….However I want to clarify some very important things. I am not a violent person, I do not promote violence and it’s important people hear and understand my speech in it’s entirety rather than one phrase taken wildly out of context. My speech began with ‘I want to start a revolution of love.’ I then go on to take this opportunity to encourage women and all marginalized people to not fall into despair but rather to come together and use it as a starting point for unity and to create positive change in the world…”