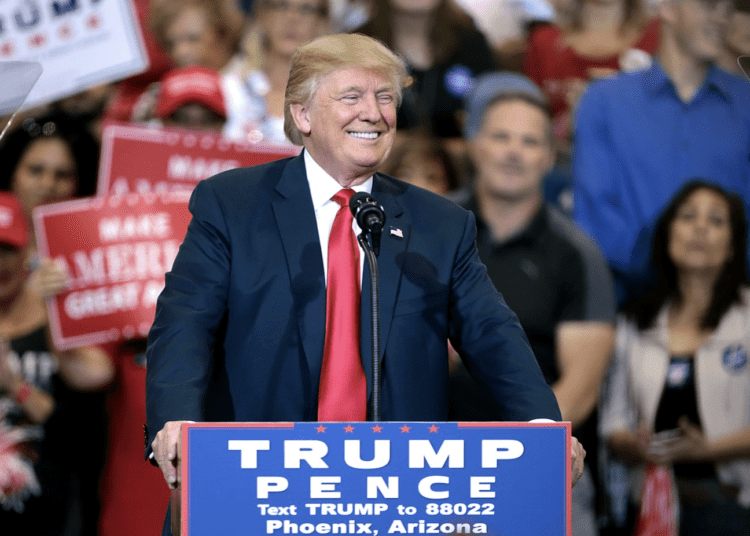 On Wednesday, Former President Donald Trump announced his intention to sue CNN, over “repeated defamatory statements” against him, warning that he will take similar action against other media outlets as well.

…a full and fair correction, apology, or retraction, in the same editions or corresponding issues of the website publication in which the aforementioned articles, transcripts, or broadcasts appeared and in as conspicuous a place and type as said original article, transcript or broadcast within ten (10) days from the date of service of this notice.

“Failure to publish such a correction, apology, or retraction will result in the filing of a lawsuit and damages being sought against you, CNN,” the letter reads, detailing several examples of what Trump’s team contends is defamation.

The first topic listed is the 2016 election, in which Trump’s team notes that CNN “repeatedly allowed for assertions that President Trump was illegitimately elected” — assertions that went “largely unchallenged.”

The letter also focuses on the 2020 election, contending that CNN’s reporting “both before the election as well as after the election, consistently fed a narrative that denounced President Trump’s legitimacy and competency”:

The reporting appears to be results-oriented, as betrayed in an undercover video: A CNN employee was filmed discussing the Defendant’s coverage of the 2020 presidential election. The employee boasted that CNN helped to defeat President Trump in the 2020 election and called the Defendant, his employer, “propaganda.” Id.: “Look at what we did, we got Trump out…I am 100% going to say it. And I 100% believe it that if it wasn’t for CNN, I don’t know that Trump would have got voted out.”

Other examples were listed including CNN’s alleged branding of Trump as a Nazi.

Share and speak up for justice, law & order...
Tags: cnndefamationTrump