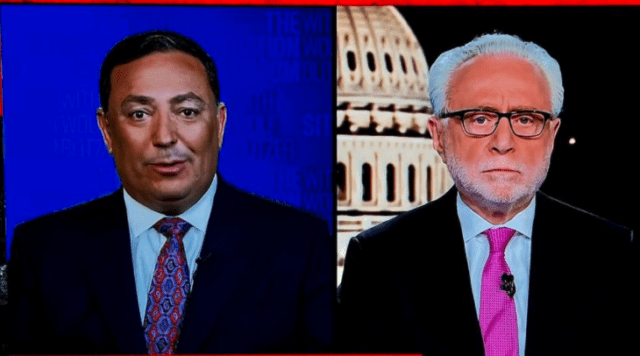 Art Acevedo and Wolf Blitzer during a CNN telecast. (Twitter)

Art Acevedo made several stops as chief of police, but his final stint in Miami ended unceremoniously when he got bounced following several controversial issues with Miami Police personnel as well as City Hall, Law Officer reported.

Miami City Manager Art Noriega said the relationship between the city and Acevedo had become “untenable and needed to be resolved promptly,” when the former chief was suspended in October.

“The relationship between the Chief and the organization has become untenable and needed to be resolved promptly. In particular, the relationship between the Chief and the Police Department he leads – as well as with the community – has deteriorated beyond repair. Relationships between employers and employees come down to fit and leadership style and unfortunately, Chief Acevedo is not the right fit for this organization,” Noriega wrote in a press statement during the transition process.

So you will no longer see Acevedo at a major crime scene, but you’ll see him discussing criminal activity if you happen to watch CNN, which is where he’s gone to be a law enforcement analyst, Local10.com reported.

“Excited to join @CNN team to continue being part of the discussion on law enforcement and criminal justice,” Acevedo tweeted in December with a screenshot of an appearance with Wolf Blitzer.

Excited to join @CNN team to continue being part of the discussion on law enforcement and criminal justice. #RelationalPolicing pic.twitter.com/BNsnRSDepF

Acevedo’s career began as a member of the California Highway Patrol in 1986. He rose to the rank of chief with the department in 2005, but left in controversy following a retaliation lawsuit against former CHP Commissioner Dwight “Spike” Helmick, Law Officer reported.

The CHP agreed in 2008 to pay a $995,000 settlement to a Acevedo who alleged he was retaliated against after he sought the top job in the agency and reported unfair practices to others, the Los Angeles Times reported.

At the time, the CHP issued a statement saying the settlement was not an admission of fault.

“It does allow both parties to move forward and put the potential of protracted litigation and escalating costs behind them,” the statement said.

The CHP payment followed a decision by the state personnel board that found Helmick and others retaliated against Acevedo after the chief sought the commissioner’s job in 2004, the Times reported.

Acevedo was hired to be Austin’s police chief in 2007. He remained there until moving to Houston in 2016 and then Miami in 2021.

Fanone made several enemies during his exit as he slammed his fellow officers during the announcement, admitting there are only two current DC police officers he still would consider friends.