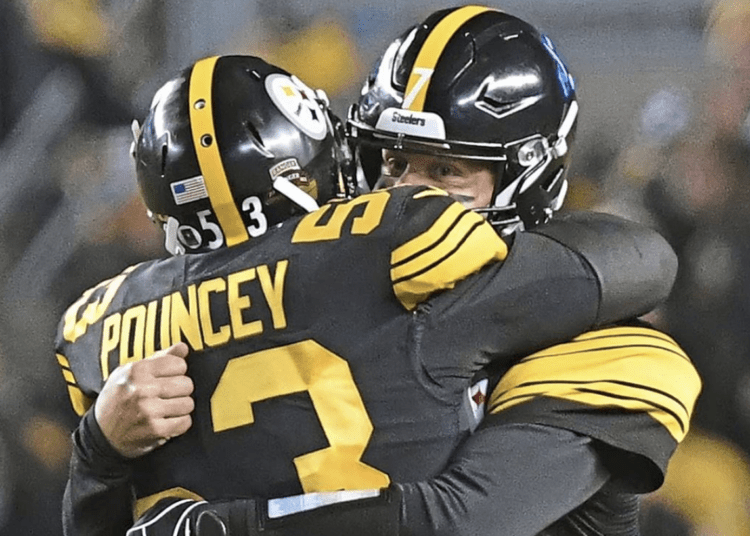 PITTSBURGH — A second Pittsburgh Steelers player has opted against displaying the name of a suspect who died at the hands of police on his helmet after admitting he was “unaware of the whole story surrounding [the person’s] death.”

Steelers center Maurkice Pouncey posted a note on Instagram on Thursday saying he would no longer display Antwon Rose Jr.’s name on his helmet. Pouncey also offered an apologetic explanation to police departments and officers he has worked with for “not doing more investigating” before wearing Rose’s name during a Monday night game.

Steelers’ lineman Alejandro Villanueva was the first to opt out when he wore the name of a fallen Army hero on his helmet during Monday night’s game against the New York Giants, departing from the team’s plan to wear Rose’s name on their helmets for the entire season.

Villanueva, a former captain in the U.S. Army who served three tours in Afghanistan and became an Army Ranger before joining the NFL in 2014, was seen covering Rose’s name with that of Alwyn Cashe, Law Officer reported.

Army Sgt. 1st Class Alwyn C. Cashe died in 2005 after attempting to rescue fellow soldiers from a burning vehicle following a roadside bomb in Samarra, Iraq, on Oct. 17, according to the Military Times. He suffered second- and third-degree burns over 70 percent of his body, eventually succumbing to those injuries on Nov. 5.

He was posthumously awarded the Silver Star. Cashe is a (Black) life worthy of honor.

Conversely, Rose was a 17-year-old Black male who was fatally shot in East Pittsburgh on June 19, 2018, by East Pittsburgh Police Officer Michael Rosfeld. Rose had been involved in a near-fatal drive-by shooting. The officer pulled the car over and ordered the driver out of the vehicle and onto the ground, police said. Rose and another passenger “bolted” from the vehicle, and Rosfeld opened fire, striking the suspect, police said.

Rose was transported to McKeesport Hospital where he died. Gunshot residue was later found on his hand.

Following the shooting, Rosfeld was charged with criminal homicide. However, after a 4-day jury trial, the officer was acquitted on all counts.