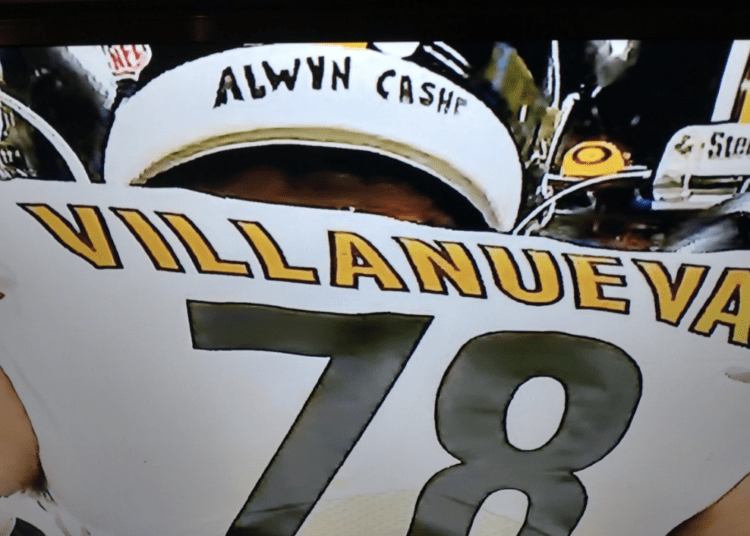 Pittsburgh Steelers’ lineman Alejandro Villanueva wore the name of a fallen Army hero on his helmet during Monday night’s game against the New York Giants, departing from the team’s plan to wear the name of Antwon Rose Jr. on their helmets for the entire season.

Villanueva, a former captain in the U.S. Army who served three tours in Afghanistan and became an Army Ranger before joining the NFL in 2014, was seen covering Rose’s name with that of Alwyn Cashe, Fox News reported.

I have absolutely no issue w/honoring Alwyn Cashe.

Doesn’t mean we can’t ask Al a)why he departed from what team did, & b)why he was ok covering Antwon Rose Jr.’s name.

It would give him a chance to describe why a posthumous Medal of Honor for Sgt. Cashe is so important to him. pic.twitter.com/D802hmCdpF

Army Sgt. 1st Class Alwyn C. Cashe died in 2005 after attempting to rescue fellow soldiers from a burning vehicle following a roadside bomb in Samarra, Iraq, on Oct. 17, according to the Military Times. He suffered second- and third-degree burns over 70 percent of his body, eventually succumbing to those injuries on Nov. 5.

He was posthumously awarded the Silver Star. Cashe is a (Black) life worthy of honor.

Conversely, Antwon Rose Jr. was a 17-year-old Black male who was fatally shot in East Pittsburgh on June 19, 2018, by East Pittsburgh Police Officer Michael Rosfeld.  Rose had been involved in a near-fatal drive-by shooting. The officer pulled the car over and ordered the driver out of the vehicle and onto the ground, police said. Rose and another passenger “bolted” from the vehicle, and Rosfeld opened fire, striking the suspect, police said.

Rose was transported to McKeesport Hospital where he died, CNN reported. Gunshot residue was later found on his hand.

Following the shooting, Rosfeld was charged with criminal homicide. However, after a 4-day jury trial, the officer was acquitted on all counts, KDKA reported.

Villanueva was the sole member to deviate from the team’s plan to wear the name of Rose on his helmet.

“This year the NFL is allowing players to wear helmet decals to honor victims of systemic racism. Players could select the name of an individual to wear on their helmet and the Steelers players and coaches united as one to wear a single name on the back of their helmets and hats for the entire 2020 season – Antwon Rose Jr.,” the team said on its website Monday.

“It was taken out of context the last time I talked about this issue. I will never speak on it again,” he said at the time.

However, he might need to explain why he chose to honor a war hero rather than a criminal suspect who was apparently involved in a drive-by shooting and failed to comply with lawful orders from a police officer who was subsequently charged with murder, yet found not-guilty at trial by a jury.