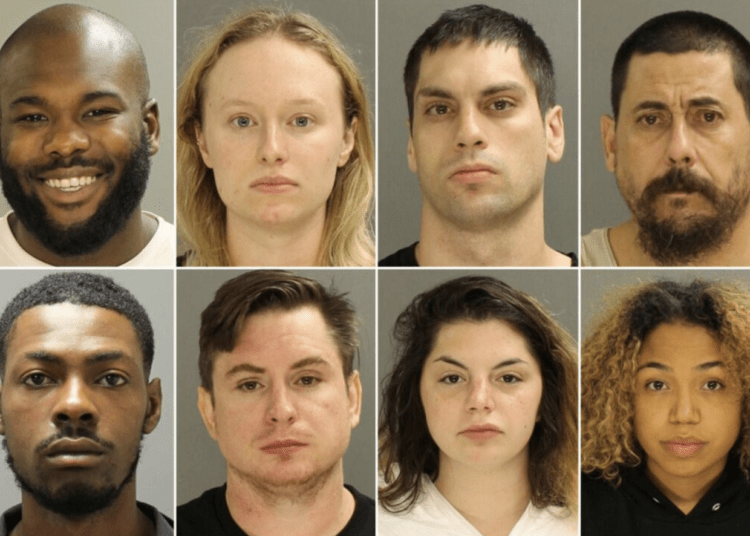 LANCASTER, Pa. — A Pennsylvania judge doesn’t take kindly to rioters and threw the book at several of them – setting bail at $1 million each – for violent acts they are accused of performing in the wake of the OIS of a knife-wielding Lancaster suspect.

Lancaster police nabbed a dozen people and one juvenile for staging the riots around 3 a.m. Monday in clashes that culminated in police deploying tear gas at the crowd.

The overnight violence came on the heels of the death of Ricardo Munoz, 27, the attacker who was seen on body cam footage charging at an officer with a knife in hand. The officer shot and killed Munoz Sunday afternoon outside his mother’s house in downtown Lancaster.

The officer involved in this shooting was responding to a 911 call placed by Munoz’s mother, stating that her son was getting “aggressive” with her and trying to break into her home, police said.

Munoz’s family has said he suffered from schizophrenia and bipolar disorder and was off his medication at the time, New York Post reported.

Sadly, this scenario is frequently encountered by police officers. The increasing expectation that cops should be stabbed or shot before resorting to lethal force is absurd, yet that is the argument being made. However, it is not being made by anyone tasked with facing “armed gunmen” or “knife-wielding suspects” who are “off their meds.”

The mob marched from the scene of the fatal encounter on Laurel Street to the police station. During their trek they threw glass bottles, rocks, bricks, gallon jugs filled with liquid and plastic road barricades at officers, police said.

A county vehicle parked in front of the station was also damaged.

A 16-year-old male teenager was also arrested on riot, disorderly conduct, possession of instruments of crime, possession of a small amount of marijuana, propulsion of missiles onto a roadway and institutional vandalism.

Furthermore, Montague faces an additional charge of illegal possession of a firearm.

Bail information was not available for Lopez and bail was set at $100,000 for Wise, who was also unable to post.

Police said Gaston was on probation and a detainer would be lodged against him.

Fellow protesters have complained about the bail set for the accused criminal defendants.

We're calling on our elected leaders—including Mayor @DaneneSorace, @PAAttorneyGen @GovernorTomWolf & @JohnFetterman—to step in and defend Taylor, Kathryn and other peaceful protestors against the politically motivated actions of local law enforcement, prosecutors and judges.

The New York Post reported that Munoz was set to go to trial in October on charges he slashed four people last year.