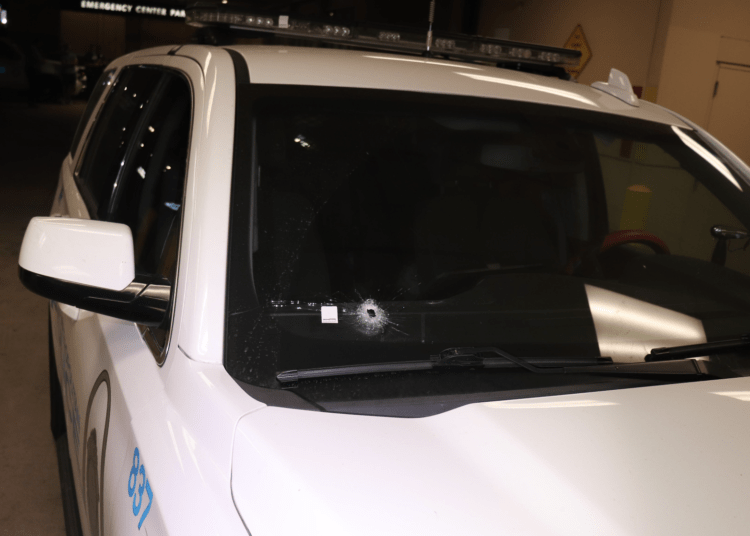 An officer riding in the passenger seat of this police SUV sustained a gunshot wound to the shoulder. (St. Louis Metropolitan Police Department)

ST. LOUIS — A St. Louis police officer was shot in the shoulder Sunday night and is in stable condition at a local hospital, police said. The officer was following an older model red Impala because it had no license plates. The officer attempted to stop the vehicle for the violation.

However, a hail of gunfire from the passenger side of the Impala near 20th Street and Prairie Avenue struck the officer in the right shoulder through the windshield of the police SUV, reported St. Louis Today.

Police recovered the Impala at 9:30 p.m. Sunday, and found no weapons inside. The suspects remain at large, police said.​

We are grateful that our officers were not critically injured during last night’s officer involved shooting in the College Hill Neighborhood. This is the officers’ vehicle that was struck by gunfire while both officers were still inside. pic.twitter.com/R046Kj0nKJ

Chief John Hayden said this was the ninth officer shot since June 1, calling it an “extremely rough time to be a police officer, with unprecedented violence against police that we’re experiencing.”

The wounded officer, 35, has been with the department for 12 years, Hayden said. He was the passenger officer in the police unit when he was shot.