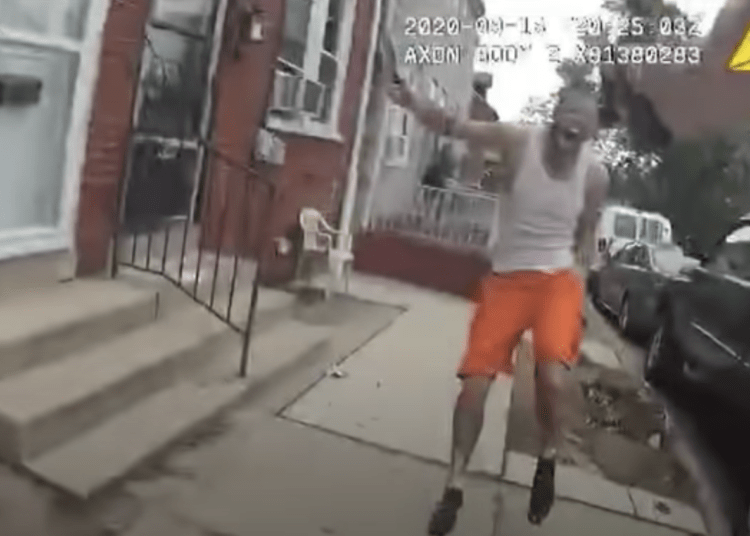 LANCASTER, Pa. — Protesters erupted on the streets of Lancaster, Pennsylvania Sunday night after a knife-wielding suspect was shot and killed by police while charging an officer with a knife overhead.

Body camera footage showed Ricardo Munoz, 27, brandishing a knife and wielding it over an officer’s head as police responded to a domestic disturbance around 4:15 p.m., according to Lancaster Bureau of Police.

Protesters marched from the scene of the deadly shooting to the Lancaster Police Department, hurling bricks, smashing windows and vandalizing cars, the New York Post reported.

In a statement, the police agency said the 911 caller told a Lancaster County dispatcher that her brother — Munoz — was becoming aggressive with his mother and was attempting to break into her house.

The bodycam footage shows a woman fleeing the home as Munoz can be heard shouting from inside.

Munoz, 27, then emerges while brandishing the knife, and the officer is heard and seen firing his weapon as the suspect falls to the ground.

The district attorney’s office said the shooting is under investigation, and they will determine if the force used by police was justified.

“A police-involved shooting has significant impact on a community, as we are seeing with the large number of individuals gathering in the streets,” District Attorney Heather Adams said Sunday night.

“We ask that acts of protest remain peaceful as violence and destruction of property will become headlines and serve no purpose for the safety and wellbeing of our citizens and neighborhoods.”

According to Mayor Danene Sorace, the officer involved in the fatal encounter has been placed on leave.