“I am devastated and at a loss for words with the unfortunate passing of Dwayne Haskins," head coach Mike Tomlin said in a statement Saturday 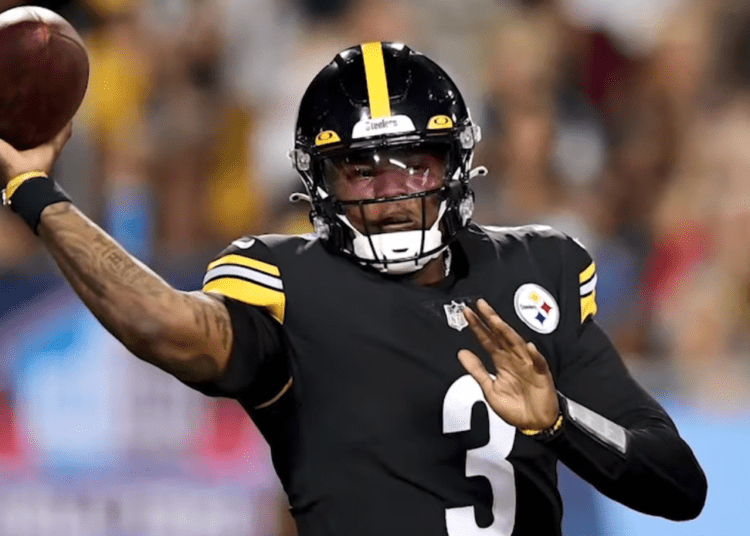 Haskins, 24, was reportedly in training with other Steelers quarterbacks, running backs and wide receivers.

He was staying at Mitchell Trubisky‘s home in Boca Raton to work out with fellow teammates, Steeler Nation reported.

The former Ohio State standout had been in the NFL since 2019, first with Washington and then as a third-string quarterback with the Steelers. Haskins was drafted 15th overall in 2019, but has struggled since entering the league.

Haskins was trying to cross Interstate 595’s westbound lanes in Broward County when a dump truck hit him, the Florida Highway Patrol said, according to KOMU.

He was “walking on (the highway) for unknown reasons” when the incident happened, the patrol said in a news release.

“I am devastated and at a loss for words with the unfortunate passing of Dwayne Haskins,” Steelers coach Mike Tomlin said in a statement. “He quickly became part of our Steelers family upon his arrival in Pittsburgh and was one of our hardest workers both on the field an in our community. Dwayne was a great teammate, but even more so a tremendous friend to so many. I am truly heartbroken. Our thoughts and prayers are with his wife, Kalabrya, and his entire family during this difficult time.”

“We are devastated to hear the news of the tragic passing of Dwayne Haskins Jr.,” Commanders owners Daniel and Tanya Snyder said in a statement. “He was a young man with a tremendous amount of potential who had infectious personality. To say we are heartbroken is an understatement. Our hearts and prayers are with the members of Dwayne’s family and all of those who knew him and loved him.”

What would happen if police smacked someone with a helmet at the end of a pursuit?