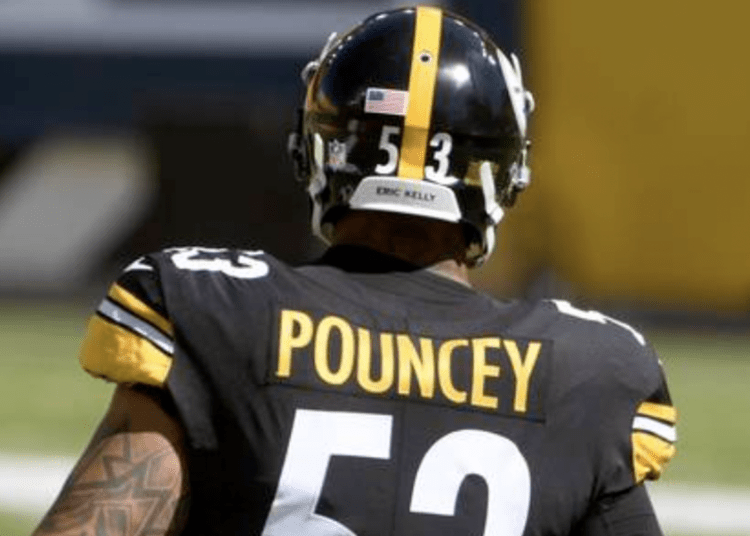 PITTSBURGH — Pittsburgh Steelers center Maurkice Pouncey wore the name of a fallen officer for Sunday’s Week 2 game against the Denver Broncos days after drama over who the team was going to support.

Pouncey wore the name Eric Kelly on the back of his helmet. Kelly was one of three Pittsburgh police officers who were killed in a 2009 domestic violence encounter in Stanton Heights, according to WTAE-TV.

From the Officer Down Memorial Page:

At approximately 7:00 AM, Officer Mayhle and Officer Sciullo received a call of a domestic disturbance between a mother and son in the Stanton Heights section of the city. When they arrived, they approached the front door of the house but were ambushed by the suspect, who opened fire at the officers, killing them both.

Officer Eric Kelly, who was off-duty and returning home after his shift, heard the call and responded to the scene. The suspect, who was firing an AK-47 from the window of his home, shot and mortally wounded Officer Kelly as he exited his vehicle and attempted to aid Officers Mayhle and Sciullo. Despite being mortally wounded, Officer Kelly was able to call in the shooting and direct responding officers to the location.

The responding officers were fired upon by the suspect, but were able to pull Officer Kelly from the line of fire. One officer was shot in the hand and another officer suffered a broken leg while rescuing Officer Kelly. Officer Kelly was taken to a local hospital, where he died from his wounds.

The suspect, who was armed with several guns and protected by a bullet resistant vest, engaged responding patrol and SWAT officers in a gun battle, in which over 100 rounds were fired. After a four-hour standoff in which he was shot several times in the legs and vest, he surrendered. He was arrested and charged with three counts of aggravated homicide and assault, and sentenced to death on June 28, 2011.

Officer Kelly had served with the Pittsburgh Police Department for fourteen years and had previously served with the United States Marine Corps. He is survived by his wife and three daughters.

The offensive lineman’s decision came amid some drama over the team deciding to wear the name of Antwon Rose Jr. on their helmets during their first game of the season on Monday.

Minutes before being stopped by police, Rose was caught on video participating in a drive-by shooting. The victim said Rose was the triggerman. The police stopped the car Rose was riding in because it fit the description of the vehicle used in the drive-by shooting. Rose jumped from the car and was gunned down as he tried to escape. Gunshot residue was found on his hand.

“Black men in Pittsburgh were far more likely to be hunted and shot by Antwon Rose than any Pittsburgh cop,” wrote Jason Whitlock in an editorial piece.

Officer Michael Rosfeld faced charges in the shooting but was acquitted in a four-day trial.

Pouncey’s teammate Alejandro Villanueva was the first to break ranks from the team by wearing the name of Army Sgt. 1st Class Alwyn C. Cashe during Week 1 of the season.

Cashe died in 2005 after attempting to rescue fellow soldiers from a burning vehicle following a roadside bomb in Samarra, Iraq, on Oct. 17, according to the Military Times. He suffered second- and third-degree burns over 70 percent of his body, eventually succumbing to those injuries on Nov. 5.

He was posthumously awarded the Silver Star.