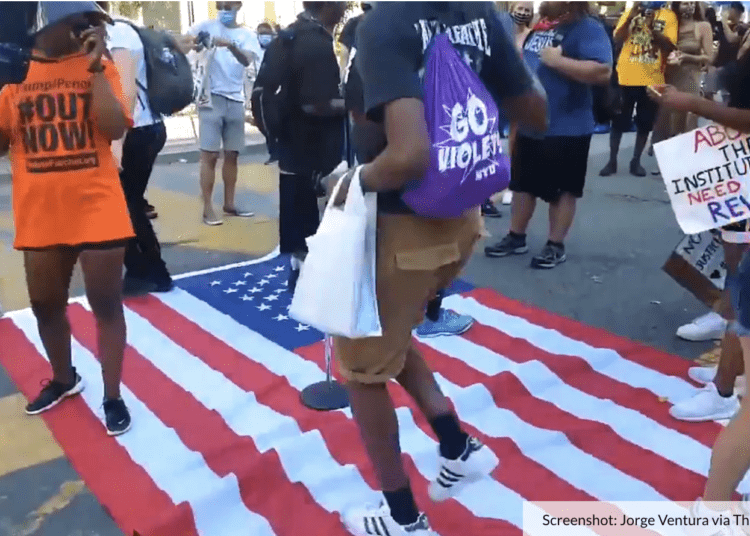 WASHINGTON — Far-left activists trampled on an American flag in Washington, D.C., on the nation’s 244th birthday as they shouted obscenities disparaging our nation’s Independence Day celebration.

One of the activists in the video was holding a sign that said, “Abolish the institution we need a revolution.”

The radical protesters became vulgar in their anti-America message. Another video showed the activists, who appeared to be organizers, saying, “F*** the 4th of July. F*** the American flag. That’s what we are saying.”

Protesters outside the White House are getting ready to burn the American flag: pic.twitter.com/oB7fBbbI9P

Black Lives Matter protest in Washington DC. Speaker stands on the US flag because hating America is in vogue these days. pic.twitter.com/ZQomRJD2UK

The event took place in front of the historic St. John’s Episcopal Church, which was set on fire at the end of May by rioters and later vandalized again just a couple of weeks later.