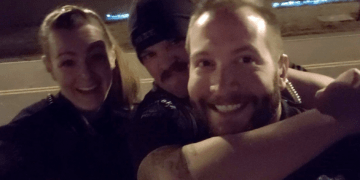 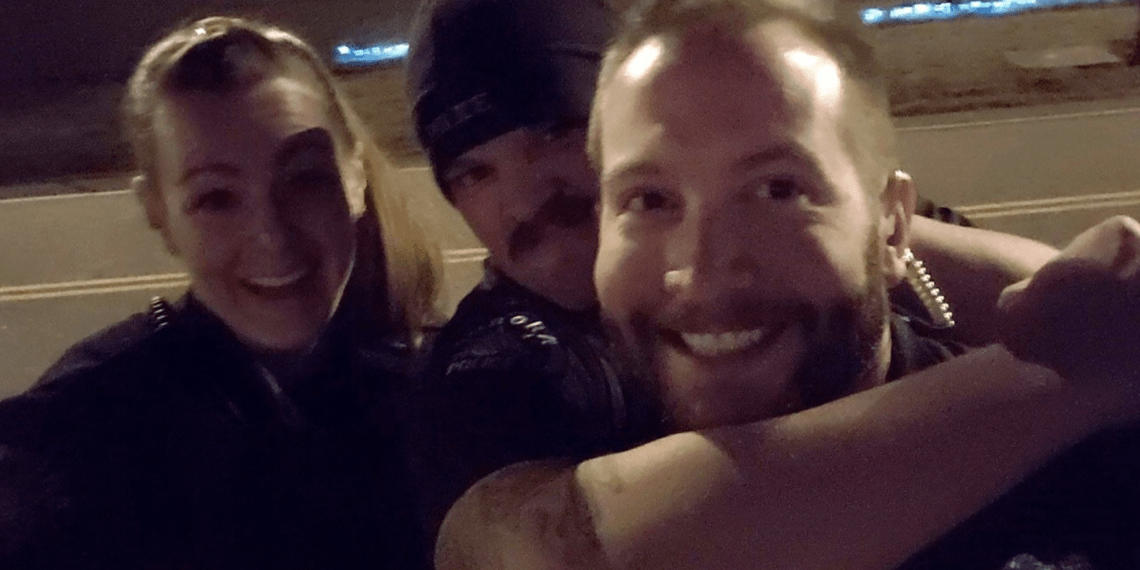 AURORA, Colo. — Three Colorado cops from Aurora Police Department linked to controversial photos snapped at the site of a memorial for Elijah McClain were fired Friday, according to reports.

Federal authorities said Tuesday that an ongoing review into the death of McClain who died after being put into a carotid restraint by police began last year to see if a civil-rights investigation is warranted.

The firings came after a fourth officer linked to the photos resigned from the police agency earlier in the week, FOX 31 of Denver reported.

The photos were taken last October, about two months after McClain, 23, died following a police stop that involved a use of force against him.

In at least one of the photos, the smiling officers appear to make light of the circumstances at the memorial site, reported FOX.

One photo shows Jones with one of his arms around Dittrich’s neck as Morrera looks on. Rosenblatt was identified as an officer who responded “HaHa” after the photo was shared in a group chat online.

Previously, Rosenblatt was one of three officers reassigned to “non-enforcement” duties in connection with McClain’s death last August. The two other officers were identified as Nathan Woodyard and Randy Roedema, according to FOX.

Woodyard is the officer who applied the carotid restraint maneuver on McClain, The Associated Press reported.

One reason for the reassignments was that the three officers were facing death threats over their ties to the McClain case, a police spokesman told FOX 31.

“The officers’ actions in these photos are appalling and inexcusable and will not be tolerated by the Interim Chief or by me,” Aurora Mayor Mike Coffman said, according to FOX 31.

Interim police Chief Vanessa Wilson said she spoke with all four officers immediately after learning about the photos in late June.

“We are ashamed, we are sickened, and we are angry,” Wilson said, according to AP. The officers may not have committed a crime, but the photographs were “a crime against humanity and decency,” she added.

The officers’ cellphones were collected as part of an investigation, Wilson told FOX 31.

On Tuesday, a review board decided all four officers should be fired but the officers were given 72 hours to produce any new information they wanted the board to consider. Jones resigned soon afterward and the other officers were terminated Friday, FOX 31 reported.

The Aurora Police Association – the union that represents the officers – opposed the firing of Rosenblatt, arguing he was not involved in taking or distributing the photos, and hadn’t even seen them until months later.

“Though this Officer had no part in the taking or distribution of the photos, and was sent the photos months after they were first taken, he was terminated from his job as an Aurora Police Officer effective immediately,” the union wrote in a Facebook post.

Police put McClain in a carotid restraint (media sources continue to call it a chokehold) during a confrontation Aug. 24. McClain suffered a cardiac arrest on the way to the hospital and was later declared brain dead. He was taken off life support less than a week later.