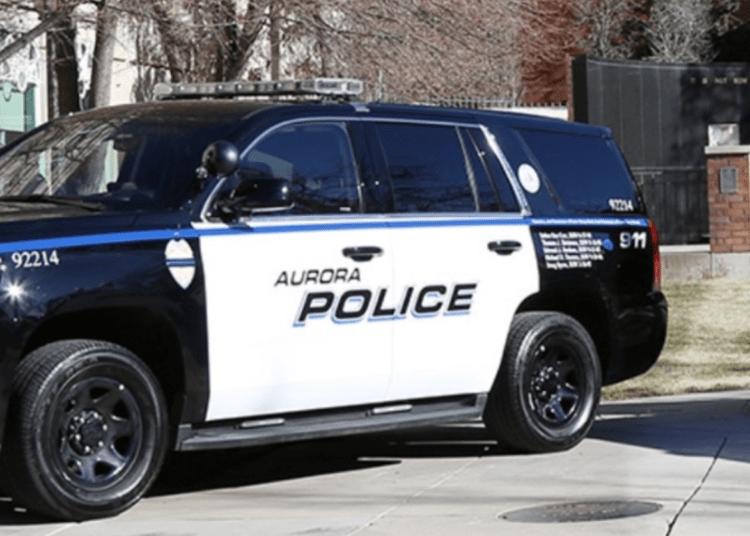 AURORA, Colo. — A Colorado police union president is in hot water with his agency after distributing a critical email last week taking snarky shots at reform agreements reached between the city and the state’s attorney general, according to a report.

Officer Doug Wilkinson who is president of the Aurora Police Association has been placed on administrative leave after sending out the email last week to 240 members calling diversity provisions in a “consent decree” between the City of Aurora and the Colorado State Attorney General “sexist and racist,” CBS4 Denver reported.

According to the email, obtained by the news outlet, Wilkinson wrote, “To match the ‘diversity’ of ‘the community’ we could make sure to hire 10% illegal aliens, 50% weed smokers, 10% crackheads, and a few child molesters and murderers to round it out. You know, so we can make the department look like the ‘community.’”

The email was sent on Nov. 16. Lt. Chris Amsler said. Following the correspondence, Chief Vanessa Wilson placed Wilkinson on leave with pay the next day, Nov. 17.

“We have seen the letter,” Amsler told CBS4. He said, “Chief Wilson is very concerned about the allegations that have been brought forth by several concerned and courageous employees. Due to the sensitive nature of this on-going investigation we can not discuss this case further. We would like to remind the media and our community that the Aurora Police Association does not speak for the Aurora Police Department nor are they the recognized bargaining unit with the City of Aurora.”

According to Wilkinson, “The State’s plan, fully embraced by the city, is literally systematically sexist and racist.”

Today we saw the release of the consent decree by the Attorney General’s office. In general terms I don’t think there are any surprises, though I am left with a few questions I hope someone will be able to answer. On the good side, the state government has seen through the ridiculous practice of online “training” that we’ve fallen into over the last few years. It looks like one way or another they are going to force the department to do meaningful in person training, hopefully with useful information.

On the issue of the Civil Service commission practice we are talking with our attorneys about the State’s capacity to order the Commission to change their hiring, promotion, and discipline practices without changing charter. I’ll let you know what comes of that.

If the State is able to do so, the elephant in the room for some of you is the “diversity” issue in hiring and promotions. “Diversity” isn’t defined or justified by them. I suppose that the city could do political polling to make sure that the average politics of the department reflects the political “diversity” of “the community”. Or, to match the “diversity” of “the community”, we could make sure to hire 10% illegal aliens, 50% weed smokers, 10% Crackheads, and a few child molesters and murderers to round it out. You know, so we can make the department to look like the “community”.

But I’m pretty sure that’s not the “diversity” they are talking about. I’m pretty sure they are simply talking about the only currency leftists deal in: identity politics. We’d prefer that they focus on intelligence, personal ethics, and courage, which should be our only criteria for hiring and promotion. We should only be interested in merit. But that will never do. They’re addicted to race and sex politics.

The decree indicates that they want to replace as many of the department’s white males as possible with as many women and minorities as possible. It’s as simple as that. To do that they are going to hire and promote non-whites and non-males wherever they can. Internally, we’ll probably double down on the racist practice of holding “invitation only” promotion practice sessions, you know, for the right groups. This has been going on for years, and is shameful for anyone who has ever participated in it, but it will never provide the numbers they fantasize about.

So, the two cards left to play are recruiting and retention. If you are wondering why they apparently couldn’t care less about attrition you should consider that demographic change has been a foundational goal of “the new way” for years. They can’t fundamentally change the department if a significant number of the white males refuse to leave. Still, their goal is very unlikely to be accomplished in the theoretical five years of the consent decree (maybe, the obviously impossible goal is simply meant to make the decree perpetual). We already hire every minority that passes the minimum requirements. We can’t make people apply, and people of different race and sex groups apply for police jobs at different rates. It’s a cultural thing that we can’t control and that won’t quickly change. Other than lowering the hiring standards, which we all know has been happening and will continue to happen, but can only go so far, they are going to be stuck wringing their hands.

So, yes, the State’s plan, fully embraced by the city, is literally systematically sexist and racist. The irony is impossibly thick. The “diversity” hiring and promotion plan won’t work and isn’t your problem so if I were you I’d forget about it. The department will be deploying new doctrine for only charging, arresting, or fighting certain percentages of various race groups in order to avoid disparate impacts. If you push back on this you will lose. Just go with the flow. There will be new reporting requirements for everyone you contact on all of your calls. Don’t blow that off. You need to pay careful attention to such documentation. Take the time to do it precisely. If you cut corners on it in order to address the pending calls and then get in trouble I am going to make fun of you. Look out for each other. Remember that per the law you must always exhaust all POSSIBLE non-violent options before using any force, and per the department one of those options is to walk away. And don’t forget to enjoy your six in-service days!

According to CBS4 who spoke to the association president on the phone, Wilkinson said the correspondence was intended to be “a private email message to the members” and was not intended to be disseminated to the public. “I’m trying to have an honest conversation,” he said without it becoming a “word salad.”

Wilkinson could be facing discipline ranging from simple counseling all the way up to termination, Amsler told the news organization. However, it would ultimately be up to Wilson to decide.