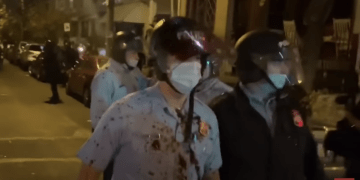 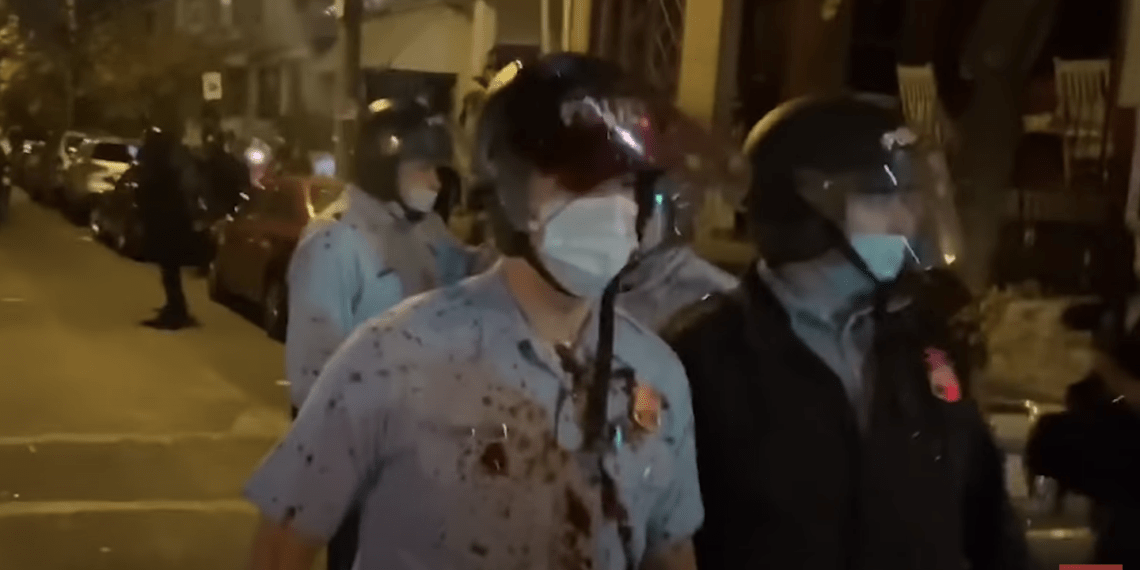 Another police shooting involving white cops and a black suspect and suddenly a martyr is born; a name to be placed among the pantheon of immolated icons.

Regardless of how Monday morning quarterbacks would have handled it, the shooting of Walter Wallace Jr. is justified. If you think not, then stand within 21 feet of a crazed lunatic who is armed with a knife and hell bent on causing you harm and see if your mind changes.

Naturally, very few people will ever find themselves in the situation, but that will not impact their opinion on how police should react during this potentially deadly encounter.

For the Joe Biden’s of the world who think police should shoot the knife out a suspect’s hand, there are so many reasons why it’s impractical, but here are just a few:

If you’re one of the rare individuals (and they exist, you simply never read about them) who can successfully disarm a knife wielding suspect without injury, fantastic! But that is the exception, not the rule. The level of training to perform this feat is tremendous. Most street cops will never become that proficient, although some have.

Returning our focus to Wallace. He should not be canonized as one of the greats who perished in the pursuit of racial equality or justice. If anything, he is the victim of race-baiters who’ve created a permanent class of dependence among inner-city minorities. They’ve been marginalized by Democrat policies and practices for decades. Don’t blame it on conservatism or Republicans. Fact check how the inner cities became a sewer before claiming racism. More often than not, corrupt and compromised liberal leadership has been in place since the 60s.

Black sports journalist Jason Whitlock — who is apolitical and acknowledges that he doesn’t vote — said it this way:

Walter Wallace Jr., the 27-year-old victim, was bipolar, an aspiring rapper, a father of seven, recently married to one of his baby mamas and someone with a substantial criminal history.

In March, he was arrested for threatening to kill the mother of one of his kids, telling her he’d shoot her and the whole house up. In 2019, police arrested him for kicking the windows and door panels of a police car. According to court records, while executing a robbery in 2016, he grabbed a woman by the neck and held a gun to her head. In 2013, according to court records, he punched his mother in the face and threatened to kill her.

For much of the last decade, Walter Wallace Jr., has been flirting with a violent confrontation with police. It happened Monday afternoon when he walked toward police and repeatedly refused to drop a knife.

LeBron James, Colin Kaepernick, the NFL, the NBA, BLM organizers and other celebrity influencers have normalized non-compliance with police instructions. They have made heroes of Jacob Blake, George Floyd, Rayshard Brooks, Breonna Taylor, Eric Garner and other black criminal suspects who have disobeyed police instructions and been injured or killed in the process.

Yes, I include Breonna Taylor on this list because her boyfriend admitted shooting a police officer before Louisville police opened fire inside her apartment.

I have sympathy for Blake, Floyd, Brooks, Taylor, Garner and even Walter Wallace Jr. However, I do not exonerate and excuse the behavior that led to their encounter with police turning violent and deadly.

Sadly, Whitlock is spot on. The liberal, progressive, socialist (or whatever you want to call the crazy left) people in the U.S. “have normalized non-compliance with police instructions.”

Beyond that, they shield their criminal behavior as “mostly peaceful demonstrations.” In a society that values law and order, this should not occur.

Demonstrations have uniformly been hijacked by a well funded group of co-conspirators nationwide. We are doomed if law enforcement — at every level — is not empowered to go after them with vengeance.

And I certainly don’t excuse the cheerleaders in the sports and entertainment worlds who are normalizing the non-compliant behavior. Over the weekend, the rapper Offset live streamed himself bickering with police officers who were attempting to arrest the rapper’s cousin for waving a gun at a Trump rally.

It’s not unusual for musicians to have an adversarial relationship with law enforcement. Music is rebellious, anti-establishment and counter cultural. Musicians promote drug use, sexual promiscuity and other forms of immorality.

The marriage of sports, particularly football and basketball, to commercial hip hop has dramatically changed how black athletes use their influence.

James and Kaepernick have led black athletes and their respective sports leagues down the path of rap and rock-n-roll. Athletes are rebellious and immoral. They influence their fans to adopt dangerous behavior. They align themselves with criminality and criminals.

During the looting and rioting Tuesday night in Philadelphia, a 15-year-old girl was shot and hospitalized.

No one cares. Not one NFL player will put the girl’s name on the back of his helmet this weekend. She will be no different from the countless black children shot and/or killed across American inner cities because of gang violence. She’ll be no different from the woman Walter Wallace Jr., held at gunpoint or the pregnant woman George Floyd held with a gun at her belly.

We have mainstreamed the celebration of immorality. Athletes used to be symbols of hard work, the benefit of strong values and the power of unity across racial, political, religious and economic differences. Now they’re rappers. They’re wannabe Tupacs.

They’ve contributed to a culture of lawlessness that has America on the brink of total anarchy. Philadelphia is just the latest example.

This is a call to action. We need political leaders, sports leaders, municipal leaders, state leaders, federal leaders who will not kowtow to the rapidly spreading violence in the name of “social justice.”

Vote for law and order candidates! The stability of our country is at risk!

Jim McNeff is the managing editor of Law Officer and founder of Badge 145, a ministry geared toward helping police officers and their families. Jim worked in military and civilian law enforcement for thirty-one years. While in the USAF he flew as a crewmember aboard the National Emergency Airborne Command Post—a presidential support detail. Following his military service, he served for twenty-eight years with the Fountain Valley Police Department in Orange County, California where he retired as a lieutenant. He holds a Bachelor of Science degree in criminal justice from Southwest University and graduated from the prestigious Sherman Block Supervisory Leadership Institute as well as the IACP course, Leadership in Police Organizations. In addition to being a Medal of Valor recipient, Jim has authored three books: The Spirit behind Badge 145, Justice Revealed, and Jurisdiction.
Tags: Jason Whitlockknife attackPhiladelphia riotssports figuresWalter Wallace Jr.