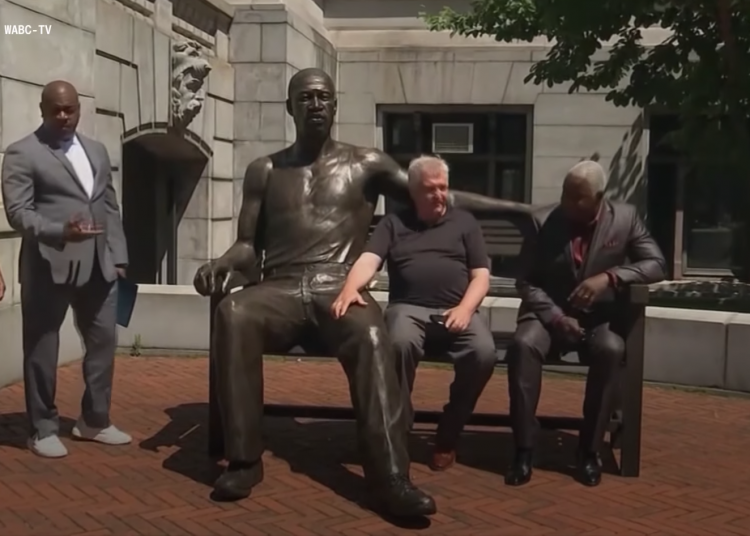 A black journalist isn’t impressed with the newly erected statues memorializing George Floyd in New York and New Jersey. He says they are actually “racist” and only cause more harm for black people and America.

The George Floyd statues were unveiled in Newark, N.J., and Brooklyn, N.Y., last week. Yet honoring the final nine minutes of Floyd’s life will actually “denigrate and diminish the reputation of black men,” wrote Jason Whitlock, who is black, in a new piece titled “Veneration of George Floyd is racist and must be stopped.“

“Floyd isn’t Crispus Attucks, the first man killed in America’s Revolutionary War,” he continues. “Floyd isn’t Emmett Till, an innocent victim of anti-black bigotry. Floyd isn’t any of the black men I know who are terrific fathers, husbands, providers, and protectors. Floyd isn’t ‘Uncle Jimmy,’ my media sidekick, whose primary job is father to his young sons, James and Jamill.”

The thought-provoking Whitlock explains how Floyd’s death has been used as a “prop, a pawn, and a punching bag” by different entities, Fox News reported.

In the piece published by Blaze Media, Whitlock describes how a “satanic cabal of cultural elites” – made up of both white and black individuals – use racial division to paint “the American experiment as a failure in need of a Marxist overhaul.”

“The statue in Newark has Floyd seated on a park bench wearing a ‘wifebeater’ shirt,” Whitlock wrote. “I’m shocked the sculptor didn’t put a crack pipe in one hand and a 40-ounce of beer in the other.”

There is a a notable difference between Whitlock’s list of noteworthy men and Mr. George Floyd, a man who became an unwitting martyr for a country being deceived by lies and propaganda.