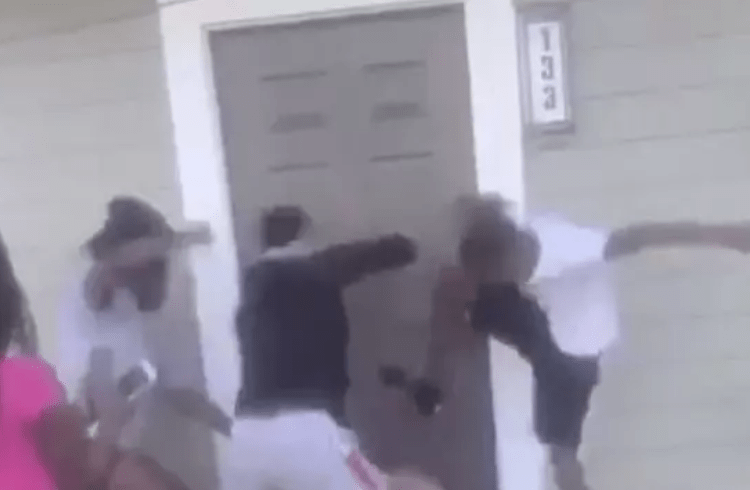 A disturbing video surfaced Wednesday showing an attack on a woman in Brooklyn, Illinois.

KMOV4 reports that a group of people can be seen beating the woman at an apartment complex, including a 4 year old girl.

Couldn’t been my baby I’ll be in jail on a FUCKIN MURDER CHARGE??? pic.twitter.com/yFyyFnjwrM

The woman and her daughter went to the hospital.

Police said the child had minor injuries, but the mother had a concussion and a sprained finger.

Two adults and a 14-year-old were arrested with charges expected to be mob action, aggravated battery, and battery to a child.

“The message I want to give is we all need to get along. Let’s stop the violence. Let’s stop the fighting. We are supposed to be together,” said Lieutenant Antonio White with the Brooklyn PD. “We don’t allow that down here. We are a peaceful town.”