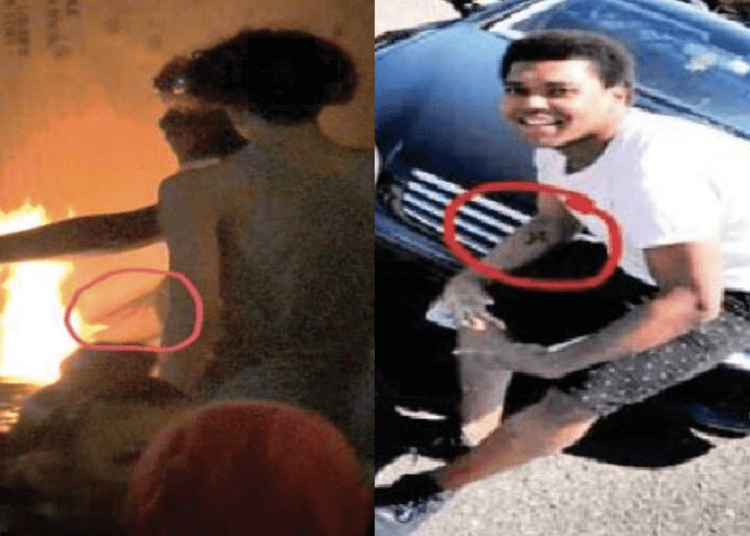 PORTLAND, Ore. — A Portland man was arrested months after he reportedly set fire to a dumpster that had been pushed against a building that was temporarily housing a police precinct — while 19 people were inside, federal prosecutors announced.

Gavaughn Gaquez Streeter-Hillerich, 22, faces federal criminal arson charges in connection with the June 26 incident at a Portland-owned building that houses private businesses and PPB’s North Precinct, according to a Wednesday press release by the U.S. Attorney’s Office in the District of Oregon.

A Portland man has been charged with arson after pushing a burning dumpster against the @PortlandPolice North Precinct building on June 26, 2020. Read more: https://t.co/nAYptMsEGU pic.twitter.com/tEKdyZydQj

According to court documents, in the early morning hours of June 26, 2020, a group of demonstrators were present near the Portland Police Bureau’s North Precinct on NE Emerson Street in Portland. The precinct is located in a city-owned building containing multiple private businesses. Streeter-Hillerich was seen in video footage intentionally setting a large dumpster on fire near the building’s northwest exterior corner. The fire was set on top of the dumpster, which had been pushed up against plywood affixed to the building to protect windows and prevent break-ins. Officers used fire extinguishers to try and extinguish the fire before firefighters arrived.

The fire caused damage to the building and, were it allowed to spread, would have threatened the safety of 15 police personnel and four individuals in custody inside the building. Video evidence of the fire submitted by a private citizen led investigators to identify Streeter-Hillerich and bring charges in this case.

Streeter-Hillerich was arrested by the U.S. Marshals Service in Vancouver, Washington on September 15, 2020. He made his first appearance in federal court today before a U.S. Magistrate Judge and was ordered released pending further court proceedings. Arson is punishable by up to 20 years in prison with a mandatory minimum sentence of 5 years.

This case is being jointly investigated by the Bureau of Alcohol, Tobacco, Firearms, and Explosives and the FBI with assistance from the U.S. Marshals Service. It is being prosecuted by the U.S. Attorney’s Office for the District of Oregon.

This June 26, 2020, photo released by the Portland Police Bureau shows damage after protests and riots. Some rioters set fire to a police precinct, vandalized businesses and tried to barricade police officers inside their station. Of note, there were also four people in custody inside the building as well. (Portland Police Bureau)

The press release concluded: “To help identify actors who are actively instigating violence in the city of Portland, the FBI is accepting tips and digital media depicting violent encounters during demonstrations. If you have witnessed unlawful violent actions, we urge you to submit any information, photos, or videos that could be relevant to investigations at fbi.gov/PDviolence. You may also call 1-800-CALL-FBI (800-225-5324) to verbally report tips.”

Photograph depicting a tire being placed on top of the ignited dumpster, with a red circle around a tattoo on Streeter-Hillerich’s right-inner forearm.

Photograph depicting Streeter-Hillerich with a red circle around a tattoo on the right-inner forearm.

Photograph depicting Streeter-Hillerich attempting to ignite a fire on a dumpster pushed against the plywood affixed to the Portland Police Bureau’s North Precinct.

Photograph depicting the fire as it burned and the crowd, including Streeter-Hillerich, surrounding it.