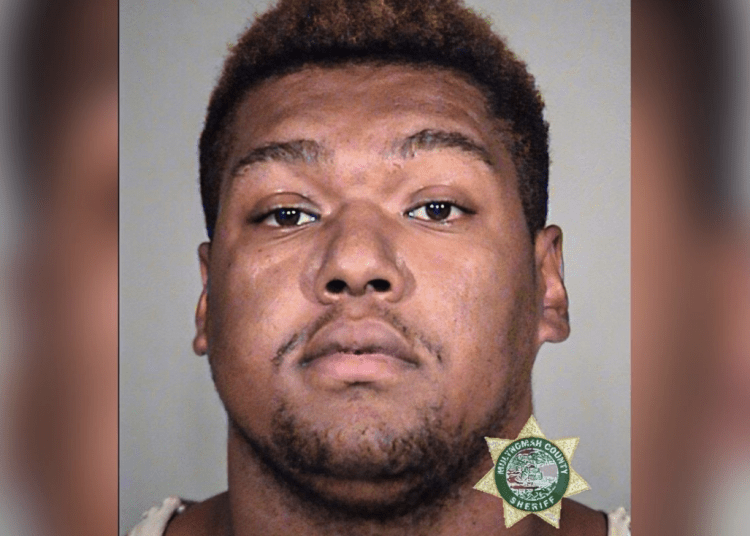 After the horrific crime was committed, Chief Chuck Lovell called the actions “not only reprehensible, but they’re evil.”

Streeter-Hillericher was developed as a suspect in the case due to a video recording, according to a DOJ press statement from last year.

“Streeter-Hillerich was seen in video footage intentionally setting a large dumpster on fire near the building’s northwest exterior corner. The fire was set on top of the dumpster, which had been pushed up against plywood affixed to the building to protect windows and prevent break-ins,” federal prosecutors said.

There were 19 people in the building when the fire was set. Of those present, 15 were police personnel, the additional four individuals were detainees. Officers used fire extinguishers to keep the fire from spreading before firefighters arrived.

A Portland man has been charged with arson after pushing a burning dumpster against the @PortlandPolice North Precinct building on June 26, 2020. Read more: https://t.co/nAYptMsEGU pic.twitter.com/tEKdyZydQj

Streeter-Hillerich told investigators that other individuals present at the fire were “anarchists” and several were “leaders with the Rose City Justice organization,” which organizes Black Lives Matter-themed protests, according to an ATF affidavit. The criminal defendant also received burns from lighting the fire, Post Millennial reported.

In exchange for the five-year plea deal with the Multnomah County District Attorney’s Office, federal prosecutors will drop the arson charges against Streeter-Hillerich.

Streeter-Hillerich was on probation for a 2019 felony assault at the time of the crimes.