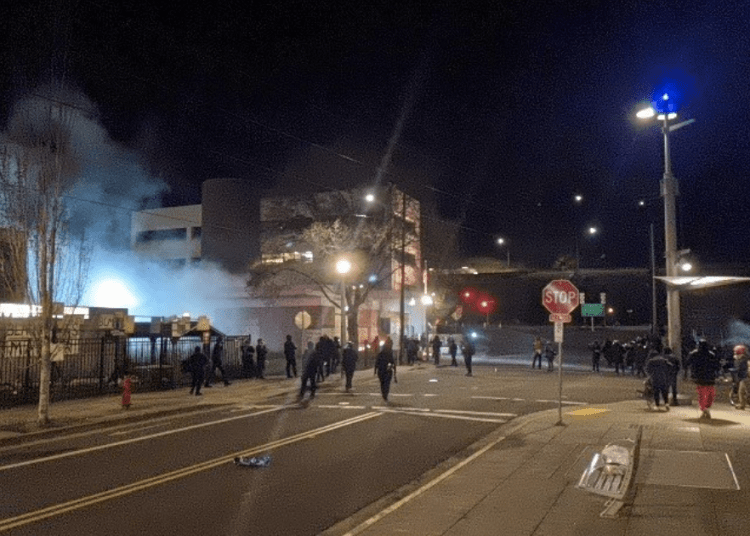 Police and protesters faced off outside the building near the Willamette River waterfront, according to freelance journalist Chris Landis.

This is also from the earlier firehttps://t.co/dPKdfghvQ5

The Portland ICE facility is currently on fire #PortlandProtests pic.twitter.com/4IrGp4UioR

The ICE building has been set on fire. pic.twitter.com/oi6CdyZTVP

ICE Agents & Department of Homeland Security Police move back inside of the gate, firing pepper balls at protesters before shutting the gate. #Portland #PDX #ICE pic.twitter.com/WfYkmB80Bp

According to Fox News, there were no immediate reports of arrests.