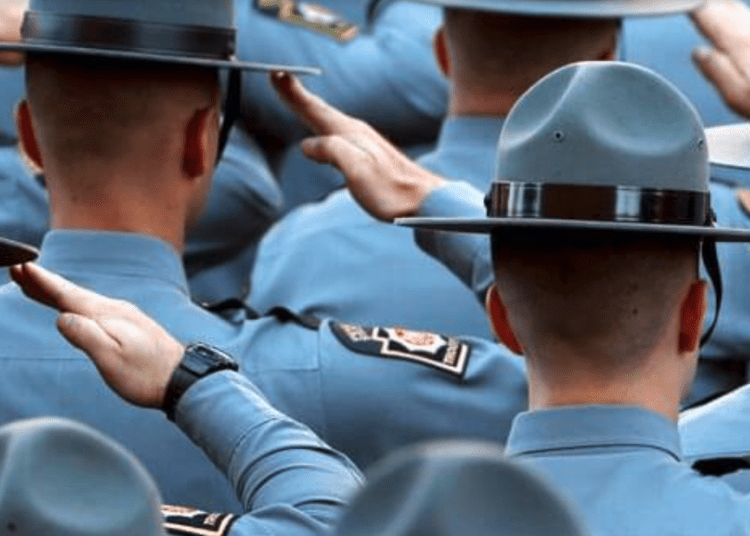 PHILADELPHIA – The Pennsylvania State Troopers Association is not happy with a local judge and responded Thursday after she dismissed murder charges against a woman accused of killing two troopers and one pedestrian in a car crash earlier this year.

The triple fatality caused by Webb claimed the lives of Martin F. Mack III and Brandon T. Sisca of Troop K in Philadelphia as well as a pedestrian, Reyes Rivera Oliveras, 28, from Allentown, Pennsylvania.

Prosecutors presented evidence that included Webb’s blood alcohol level, which was two times the legal limit in addition to tweets that were sent from her phone at the time of the horrific collision, according to the Philadelphia Inquirer.

“Our investigators did an amazing job. There was absolutely no testimony during yesterday’s hearing that should’ve led to the dismissal of the most serious charges,” PSTA President David Kennedy said in a statement. “Judge Simmons struck another blow against law and order in Philadelphia. Dismissing these charges sends another message to criminals that you can literally get away with murder.”

The troopers’ association hopes to see the murder charges refiled and assigned to a top prosecutor, according to Local 21 News.

“Everything must be done to ensure justice is served for these brave troopers and their grieving families,” they said.

Prior to the DUI-related fatality, Webb bragged about being the “best drunk driver ever,” according to a social media post, Law Officer reported.

“I get drunk & start saying anything,” she posted Jan. 21. It was among several posts referring to drinking alcohol over several weeks, according to Fox.

Trooper Sisca had been with the agency since February 2021. Trooper Mack had been on the force since November 2014.