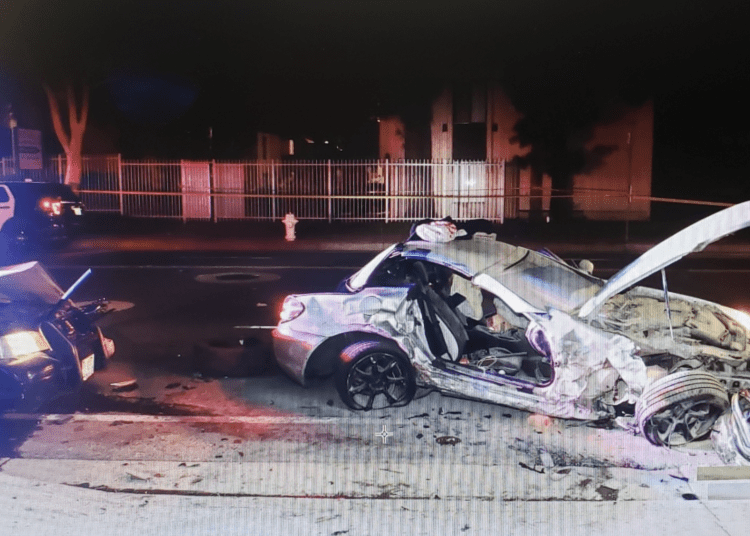 SANTA ANA, Calif. — On Thursday the Santa Ana Police Department’s Major Enforcement Team (MET) attempted to conduct a traffic stop on a male parolee suspect in the area of 300 N. Harbor Boulevard, according to police.

The suspect refused to comply and a pursuit was initiated about 10:25 p.m. During the pursuit, the suspect vehicle struck another car causing him to lose control and collide into a police unit.

The suspect, identified as Simon Bradley Sulusi from Long Beach, was arrested at the scene for felony evading, felony DUI, and felon in possession of a firearm. He remains in custody at an area hospital.

The extent of the officer’s injuries were undisclosed.