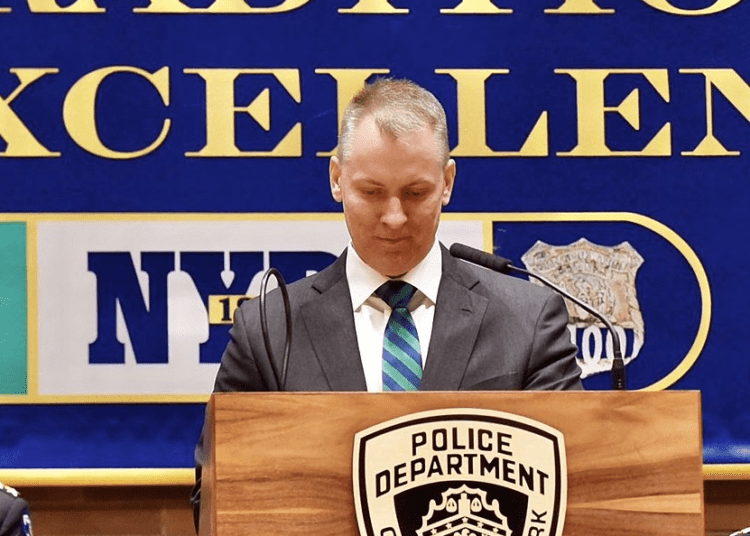 The group of about 100 demonstrators began marching around 9:30 p.m. Monday from Fulton Street near the South Street Seaport, with police sources saying they were protesting the fatal police shooting of Texas man Jonathan Price, New York Post reported.

Shaun David Lucas of the Wolfe City Police Department in Texas was arrested Monday night and is charged with the murder of Price, Law Officer reported.

Meanwhile, NYC protesters headed to Chambers and Centre streets, where two of them were taken into custody around midnight for preventing the NYPD’s Technical Assistance Response Unit from filming their fellow protesters who were blocking the street, the sources and police said. Two males, ages 21 and 24, were arrested for obstruction and other related charges at the location, police said.

NYPD men & women remain committed to the safety & well-being of ALL New Yorkers, in ALL NYC neighborhoods.

We will get through this by working TOGETHER — #OneNewYork.

Thanks, @patkiernan, for having me on this morning ⬇️ pic.twitter.com/7iOwpY2AmC

After an hour, some members of the group called it a night and headed into a nearby train station, but others continued marching north, ending up near West Broadway and Houston Street, the sources said.

The group blocked the street, scrawled graffiti, set garbage fires and broke the glass of a Bank of America on Canal Street as well as Lazaro SoHo, a men’s clothing boutique on West Broadway, according to police and sources, The Post reported.

No one has been arrested in connection with the vandalism, police said.

Around 12:45 a.m., three females — ages 20, 19 and 16 — were hit with disorderly conduct summonses at West Broadway and 8th Street for refusing to disperse, police said.

About a half an hour later, another 19 people were either arrested or issued summonses for obstruction, unlawful assembly and disorderly conduct for refusing to disperse and other related offenses, police said. One man was arrested for allegedly stealing a police radio and was charged with petty theft, according to police and sources.

“Breaking windows, property damage, graffiti, lighting fires,” the commissioner said. “I mean, that is the last thing that we as New Yorkers need right now. And that’s last night in New York City — 24 more arrests, you know, at a time when we have diminished resources, and we have a violent uptick with the courts and everything else going on.”

“We don’t need officers pulled away for these, sometimes I don’t know what you call them — peaceful protesters — maybe spoiled brats at this point,” he said.