Kerik: 'No police officer should work in a jurisdiction where they do not have the support of those they work for' 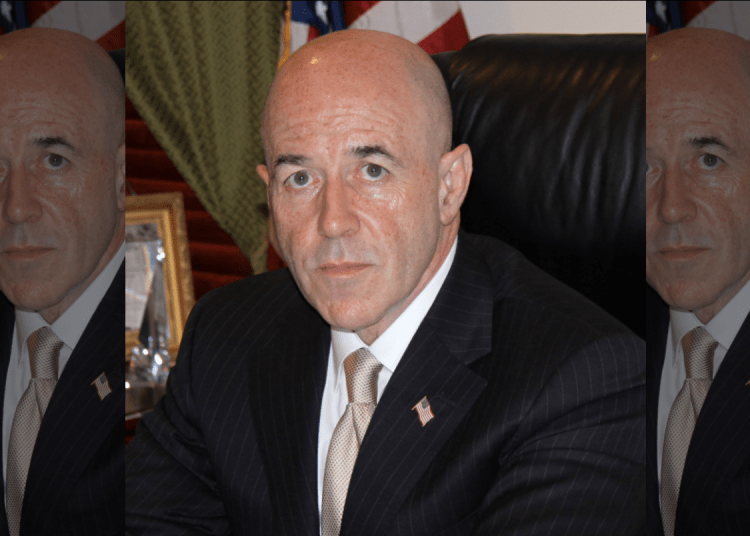 NEW YORK — Former Commissioner of the New York Police Department (NYPD) Bernard Kerik announced Thursday that he will no longer recommend the NYPD to young people who are considering a career in law enforcement. These statements come as the New York City Council passed several controversial police reform bills that handcuff NYPD officers and strip them of control over the department, Post Millennial reported.

In a tweet, Bernard Kerik, former Commissioner of NYPD that served during the time of the September 11 terror attacks, slammed the city council’s Thursday ruling.

No police officer should work in a jurisdiction where they do not have the support of those they work for. Beginning today, I will no longer recommend young people consider the NYPD as a career. https://t.co/eX85GZB9vn

“No police officer should work in a jurisdiction where they do not have the support of those they work for. Beginning today, I will no longer recommend young people consider the NYPD as a career,” said Kerik.

“New Yorkers are getting shot, and police officers are on the streets day and night, trying to stop the bloodshed,” said Lynch. “The council voted 39-11 to strip Commissioner Shea and his successors of disciplinary decisions, where Shea used to have the final say on whether or not cops were fired.”

Commissioner Shea argued that taking away his power over discipline will handcuff the department. “Ask any police chief that doesn’t have the final say on discipline and you will find a chief who has had officers returned to duty that shouldn’t have been, and in many of those cases more acts of misconduct by an officer the chief wanted to fire.”

“No other city agency uses that system nor does the FBI, the Secret Service, or the Marines. There is a reason for that. You need to know where the buck stops,” Shea added in a statement.

In a 37-11 vote, New York City Council voted to eliminate hurdles under the qualified immunity provision, thus making it easier for civilians to sue police officers for excessive force and unreasonable searches and seizures.

In a 43-6 vote, NYPD will now have to issue a quarterly report detailing the race and ethnicity of suspects on all stops, including the number of summonses issued, arrests made, vehicles seized, related use of force incidents, and vehicle searches.”

The police commissioner overrules the CCRB (Civilian Complaint Review Board) and/or the trial judge 71 percent of the time,” said Councilman Stephen Levin of Brooklyn. “That is absolutely evidence of a dysfunctional system.”

The city council also put through a resolution in response to Gov. Cuomo’s executive order that directs municipalities to make changes to their police departments or risk losing state funding, according to the Daily News.

New York police unions slammed the police reform bills and accused City Council members of “attacking” cops and letting criminals have open season on the city. “Where are those City Council members?” asked Lynch of the PBA. “Safe at home, hiding behind their screens and dreaming up new ways to give criminals a free pass. It won’t get better unless New Yorkers shame the politicians into doing their job.”

A billboard put up by law enforcement agencies across New York reads “New Yorkers shot this year? 250. That’s 41 percent more than last year. What is the City Council doing? Nothing. Except attacking cops. Shame on the City Council.”