The police agency has placed 74 employees on unpaid leave for non-compliance while 6,500 have applied for medical or religious exemptions 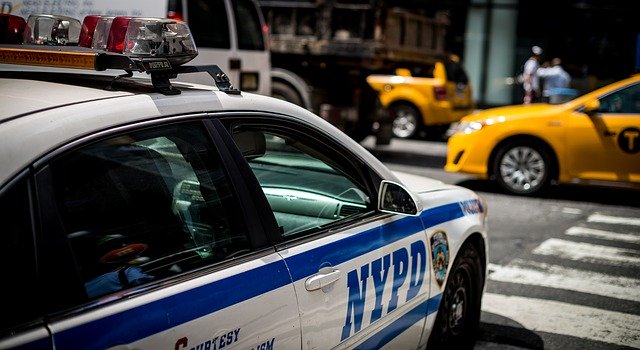 NEW YORK — Dozens of NYPD employees were placed on unpaid leave after refusing to comply with the city’s COVID-19 vaccine mandate, according to reports.

The new rules for the entire municipal workforce went into effect on Monday. Consequently, 34 police officers and 40 civilian employees with the NYPD were placed on unpaid leave, the New York Post reported.

“That’s very fluid. That could go up as the day goes on,” Police Commissioner Dermot Shea said.

Sources told the Post that approximately 6,500 officers have applied for medical or religious exemptions. Therefore, they are allowed to work as those applications are considered.

“Certainly in the case of denied people, people will choose to get the vaccine,” Shea added.

The Police Benevolent Association representing 24,000 officers announced that it would be suing the city over the “draconian” vaccine mandate, according to the Washington Examiner.

In a lawsuit filed with the Supreme Court on Staten Island, the union argued the city “provided no explanation” and had violated the “autonomy and privacy of NYPD officers.”

The vaccine mandate caused a major disruption in the FDNY over the weekend, as the agency had to shutter 26 fire companies due to staffing shortages, Law Officer reported.

The closures came amid the battle between City Hall and shot-resisting firefighters, many reportedly saying they were already sick with the coronavirus and therefore have “natural immunity.”

“If someone dies due to a slower emergency response, it’s on Bill de Blasio and his overreaching mandates. I hope this fool fixes it ASAP!” Nicole Malliotakis (R-SI, Brooklyn) tweeted as some local residents rallied outside Ladder Company 149 to support the firefighters.