FDNY halts service from 26 fire companies due to vaccination mandates 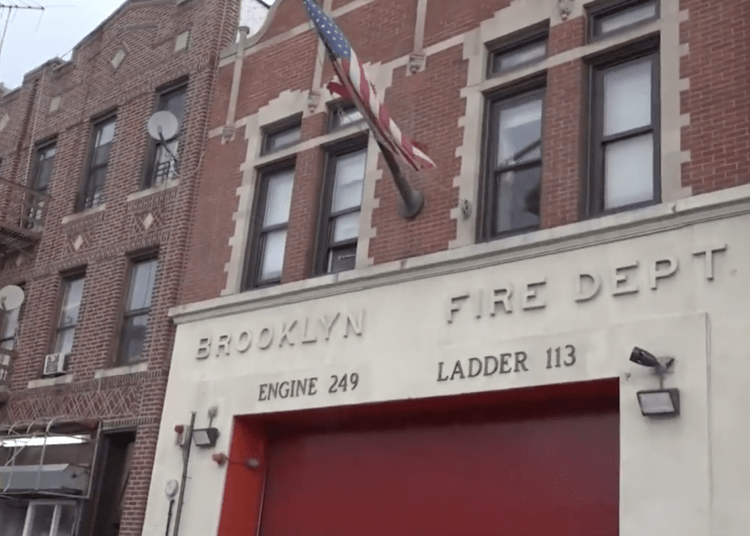 NEW YORK — The FDNY was forced to halt service from 26 fire companies citywide on Saturday due to staff shortages caused by the COVID-19 vaccination mandate. Elected officials forcing the shot requirement criticized the move as “unconscionable.”

The shuttered closures came amid the battle between City Hall and shot-resisting firefighters, many reportedly saying they were already sick with the coronavirus and therefore have “natural immunity.” On Monday the city begins enforcing a mandate that all city workers have at least one dose of the COVID-19 vaccine, New York Post reported.

Nicole Malliotakis (R-SI, Brooklyn) confirmed 26 companies shuttered — five in her district. They have laid the blame on Mayor de Blasio.

“If someone dies due to a slower emergency response, it’s on Bill de Blasio and his overreaching mandates. I hope this fool fixes it ASAP!” she tweeted. Local residents rallied outside Ladder Company 149 to support the firefighters.

According to the New York Post, there was no borough or neighborhood spared, with the shuttered companies ranging from Engine Co. 55 in lower Manhattan, to Engine Co. 234 in Crown Heights, to Engine Co. 231 in Brownsville. Others included Ladder Co. 128 in Long Island City and Engine Co. 158 and Ladder Co. 78 on Staten Island, per information provided by Malliotakis and Councilman Joe Borelli (R-SI), who cited the Uniformed Firefighters Association. Borelli said the list of 26 came from a FDNY alert dispatched to members.

Despite the disseminated information, Fire Commissioner Daniel A. Nigro said the department “has not closed any firehouses.”

Continuing, he said, “Irresponsible bogus sick leave by some of our members is creating a danger for New Yorkers and their fellow firefighters. They need to return to work or risk the consequences of their actions.”

As of late Saturday afternoon, the FDNY could not provide an exact number of closings that local politicians said were in effect as of 7:30 a.m. Saturday.

FDNY spokesman Jim Long said the closings are not permanent, describing the companies as “temporarily out of service” and the situation as “fluid” as the fire agency shifts firefighters to try to cover staffing gaps.

“The situation remains fluid. We hire manpower to get the company back in service or relocate other units to the area for coverage,” Long said.

Consequently, NYPD’s Emergency Service Unit has requested the help of volunteer firefighters from Long Island and upstate to back fill the lost positions, according to an email obtained by the Post.

Nevertheless, the contingency plans have little solace to retired electrician Vinny Agro, 63, who lives across the street from now-offline Engine Co. 284 in Dyker Heights, Brooklyn.

“We’re f- -ked. We are going to toast like marshmallows,” he said. “It’s another sad day for New York City.”