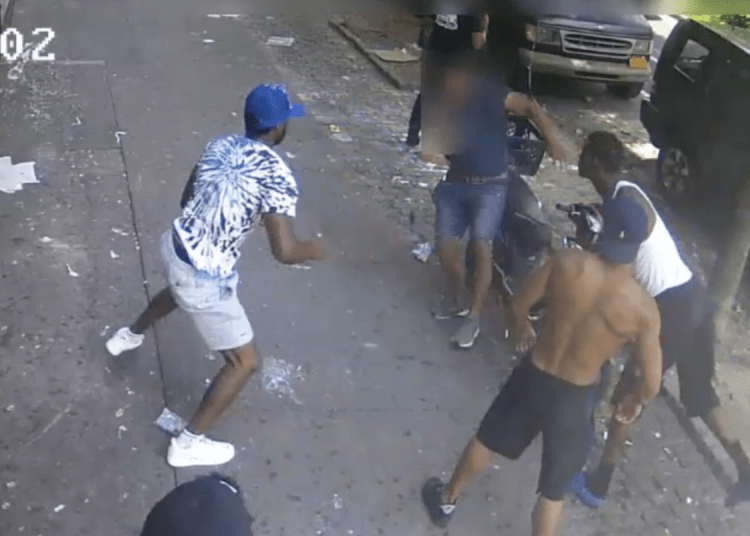 NEW YORK — A video shows three men surrounding a 33-year-old off-duty NYPD officer and attack him. One of the suspects reportedly beat him with a broomstick outside a Bronx deli Monday morning.

The incident occurred about 11:40 a.m. outside a corner bodega at Bryant and Lafayette avenues in Hunts Point. The video clip shows the trio surrounding the man, one of them shoving him in the chest — and then cuts to the group striking him with a blue wooden stick. Police said it was broomstick, New York Post reported.

According to law enforcement authorities, the off-duty officer was also struck with a baseball bat, but it was not captured on video. The nature of the conflict was not made known to the public.

The suspects fled the scene and no arrests have been made.

The officer required treatment at a local medical center for pain to his head, back and knees, the Post reported.

Police Commissioner Demot Shea said the incident is “very much under investigation by the detective squad from the 41st Precinct.”

“I’m also having the Internal Affairs Bureau looking at the entire incident to just see, to make sure there was nothing that shouldn’t be happening there, with our officers,” he said.