It's a double standard 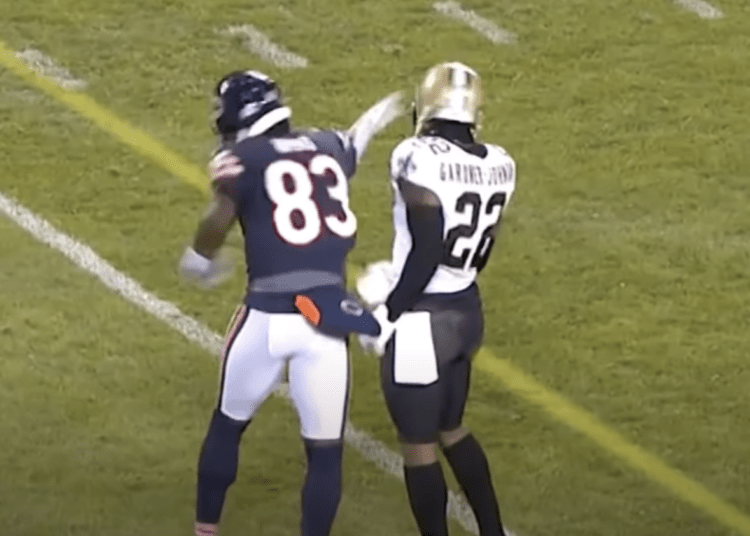 METAIRIE, La. — As professional athletes continue to kneel during the National Anthem, and protest against their misguided perceptions of police brutality, the societal double standard could not be more clear by a suspension just handed down by the NFL for actions that would land a cop in jail.

Imagine a suspect doing something spiteful—like spitting—on a police officer during an encounter. After a short period of time has passed, the officer walks up to the suspect and coldcocks him, not once, but twice.

Essentially, that is what Wims did to Gardner-Johnson.

As I watched the action I immediately thought, “A cop would go to jail if that were caught on bodycam at the end of a pursuit, or similar event.”

But not in the world of sports, the same people who cry “police brutality” ad nauseam simply get ejected followed by a two-game suspension.

Some people will argue, it’s a sport, these things happen. Watch the video. This was not during a play; it was not a direct result of a football move or action. The assault and battery was premeditated. The “suspect” considered his actions and hunted down the “victim” in order to retaliate. It was an assault and battery, pure and simple. If an officer does this, he or she is fired AND prosecuted … their career is OVER!

Speaking to reporters for the first time since being punched by teammate Michael Thomas in another altercation earlier this month, Gardner-Johnson disputed an NFL Network report that said Wims told Bears officials he spit on him prior to the punch that got Wims ejected from Sunday’s game, ESPN reported.

Although cameras captured Gardner-Johnson ripping out Wims’ mouthpiece and jabbing a finger in the face of fellow Bears receiver Anthony Miller on previous plays, Gardner-Johnson insisted Monday that “I’m innocent.”

“It ain’t got nothing to do with me. If he’s acting out, that’s on him,” Gardner-Johnson said. “It wasn’t no incident. We won the game. I mean, everybody, it’s a lot of he said, he said. Ain’t nothing happened. Nobody got spit on.

“Shouldn’t be nowhere near the field of play when the game’s going on. So I ain’t answering no more questions about that.”

Gardner-Johnson did take a verbal jab at Wims on Instagram after the game, saying, “That man punch like a female” with a crying/laughing emoji.

I’d like to invite Gardner-Johnson to participate in some arrest and control training. I know a few “female” cops who could do some damage to him.

Wims has appealed the suspension and a hearing is set for Tuesday, a source told ESPN.

Bears coach Matt Nagy, who called the punch “unacceptable” Sunday after the game, told reporters he has since talked to Wims and that the wide receiver is apologetic for what happened.

“I did talk to Javon today,” Nagy said on a Monday video call. “Out of respect, I’m going to keep that between us and internally, but we did talk to him, and regardless of what went on, he was apologetic and knows that no matter what, you can’t do what he did.”

Some readers will misunderstand my point with this article. I am not saying a police officer should get away with battering a suspect who has been detained and secured. Hardly! Any cop who willfully strikes a suspect outside of the legally prescribed force necessary to take a combative person into custody should be held accountable. I’m simply highlighting the societal double-standard from a profession that is most critical of cops and how we conduct business.

Mike Ditka On Kaepernick: Get Out Of America If You Hate It