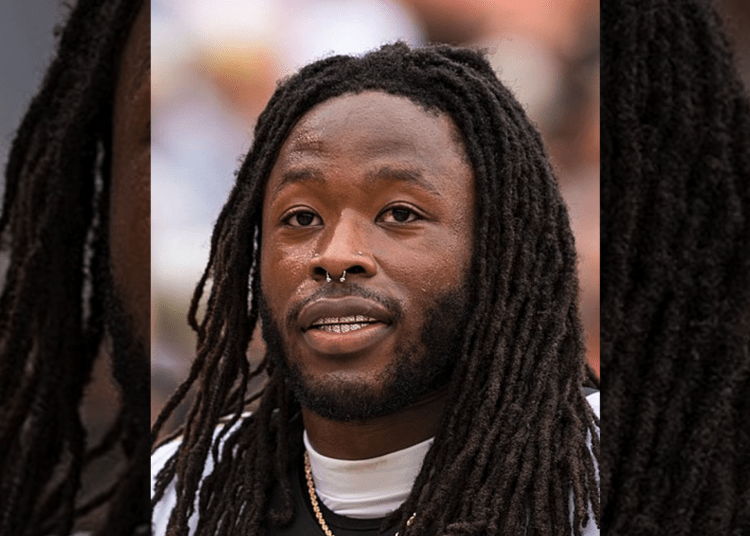 LAS VEGAS – Alvin Kamara, a star running back for the New Orleans Saints, was arrested for battery resulting in substantial bodily harm — a felony — by the Las Vegas Metropolitan Police Department Sunday after he played in the NFL Pro Bowl.

The unnamed victim reported the battering while receiving treatment at a Las Vegas hospital late Saturday afternoon. The encounter reportedly occurred at a nightclub in the area, according to a statement by LVMPD.

Please click on the document below for more information on the arrest of Alvin Kamara. This investigation is still ongoing, anyone with any information about this incident is urged to call 702-828-3204 or contact @CrimeStoppersNV pic.twitter.com/QoUY9tEQT1

Officers were dispatched to the hospital. After speaking to the victim, they identified Kamara as the suspect.

Despite the report, the 26-year-old running back participated in the Pro Bowl on Sunday, the New York Post reported.

Following the game, Kamara booked and remained in jail Sunday night. His bail was set at $5,000 with a court hearing scheduled for Monday afternoon, according to the Associated Press, citing a jail official.

Kamara just completed his fifth season with the Saints. He signed a five-year, $75 million contract extension in 2020.

Neither Kamara’s representatives nor the Saints immediately responded to a request for comment, ESPN reported.