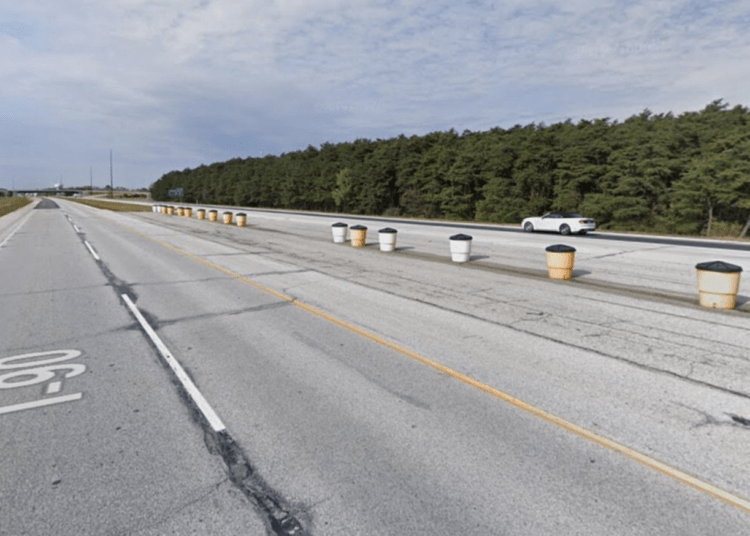 Troopers spotted the Mustang (not pictured) heading westbound on I-90. (Google Street View)

ELKHART COUNTY, Ind. – State troopers in Elkhart County, Ind., arrested the driver of a Ford Mustang on Wednesday night after he sped by them doing 120 mph in a 70 mph zone on the Indiana Toll Road. The speed was one thing, but then he led them on a 25-mile pursuit.

His excuse? … He claimed he thought it was a race.

Indiana State Police troopers were parked in a crossover near the RV/MH Hall of Fame when they spotted the car heading westbound and began a pursuit with their lights and siren engaged, according to a police report.

They said that when they caught up to the Mustang, the driver turned his lights off and continued traveling in excess of 100 mph, Fox News reported.

Support was called in and a stop stick was deployed in the road, but the Mustang evaded it. Nevertheless, a few miles later a second one deflated his tires and he finally yielded without incident.

The driver reportedly told troopers that he thought they wanted to race him. The man was cited for resisting law enforcement with a vehicle, reckless driving and numerous other moving violations.

Law Officer is the only major law enforcement publication and website owned and operated by law enforcement. This unique facet makes Law Officer much more than just a publishing company but is a true advocate for the profession.
Share and speak up for justice, law & order...
Tags: Ford Mustangindiana state policeStreet raceToll RaceVehicle Ops