Both men arrested in the planned attack are illegal immigrants 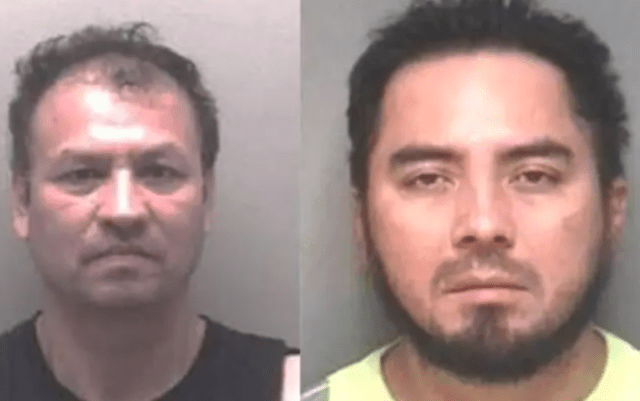 RICHMOND, Va. – Two men who are both illegal immigrants were arrested in a mass shooting plot targeting a Fourth of July celebration in Virginia.

The co-conspirators were identified as Julio Alvarado-Dubon and Roman Balacarcel, according to Chief Gerald Smith of the Richmond Police Department.

“A hero citizen picked up the phone and overheard a conversation there was a mass shooting being planned here in the city of Richmond, Virginia,” Smith said at a Wednesday press conference, according to Fox News.

Alvarado-Dubon, 52, and Balacarcel, 38, were arrested and charged with being non-U.S. citizens in possession of a firearm after police discovered the plan involving a mass shooting at Richmond’s July 4th celebration on Monday. It was unclear if they’ll face additional charges.

Smith said the investigation occurred after police acted on a tip from a “hero citizen.” He would not further elaborate on the source of information.

Police pursued the claims and found Alvarado-Dubon was in possession of two rifles, one handgun, and more than two hundreds rounds of ammunition. As a result, he was arrested on July 1, while Balacarcel was placed under surveillance and eventually arrested on the same charges on Tuesday.

Two rifles, a handgun, a cache of magazines, and several hundred rounds of ammunition were seized. (Richmond Police Department)

“There’s no telling how many lives this citizen hero saves from one phone call,” Smith said. “One phone call saved numerous lives on the Fourth of July.”

Authorities have not uncovered a motive for the planned massacre, according to Fox.

“We know what their intent was but we don’t have a motive,” Smith said.

The chief confirmed reports that one of the suspects has been deported several times, yet continued to re-enter the country illegally.

Smith said it was “frustrating” that a person could continue to violate federal law and have an opportunity to still plan out a mass shooting.

Both suspects were booked at the Richmond City Jail and are being held without bond.

The revelation comes on the heels of the massacre at the Fourth of July parade in Highland Park, Illinois, where seven people were killed and dozens injured by a crazed gunman.