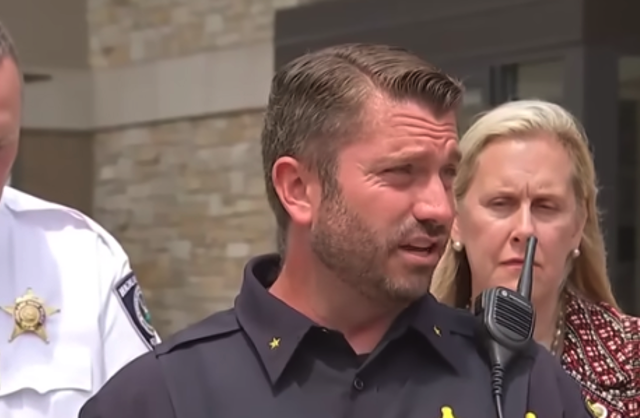 HIGHLAND PARK, Ill. – The gunman accused of mass murder after opening fire from a rooftop on parade-goers in Highland Park on the 4th of July “contemplated” a second attack on revelers in Wisconsin before he was arrested, officials revealed Wednesday during a press conference.

“While he was driving, he located this celebration occurring in the Madison area, he contemplated another attack with the firearm he had in his car,” Lake County Major Crimes Task Force spokesman Christopher Covelli told reporters.

Although Robert Crimo III reportedly discarded a rifle on the rooftop in Highland Park while making his getaway disguised in women’s clothing on Monday, police said he had another long gun in the car at the time of arrest, Law Officer previously reported.

Police added that Crimo, 21, still had another 60 rounds of ammo with the rifle.

Covelli’s remarks came minutes after Crimo made his first appearance in an Illinois courtroom on seven counts of first-degree murder for the shooting massacre, according to Fox News.