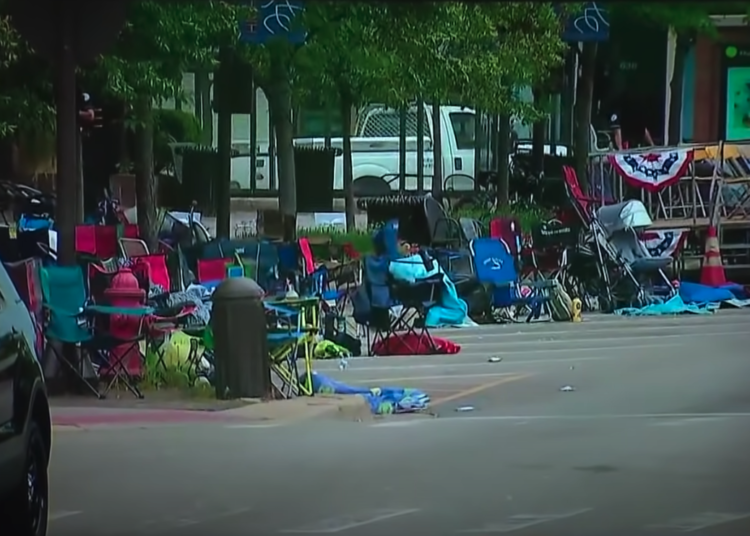 HIGHLAND PARK, Ill. – The Highland Park mass shooter who opened fire on a Fourth of July parade was perched on a rooftop and dressed in women’s clothing to disguise himself and aid his escape before fleeing to his mother’s home, police said Tuesday.

Robert E. “Bobby” Crimo III, 21, is accused of killing seven people attending the festivities in downtown Highland Park and injuring more than 40 others after he reportedly climbed onto the roof of a business via a fire escape ladder in the affluent Chicago suburb on Monday and discharged more than 70 rounds from an AR-15-style rifle, the New York Post reported.

After firing on the crowd, he abandoned the legally purchased weapon on the roof so he could blend in with the crowd as he fled amid the chaos, Lake County Major Crime Task Force spokesman Christopher Covelli told a news briefing.

He may have even donned a hairpiece to complete his disguise, authorities said.

“A wig is not out of the question,” Covelli said.

The suspect’s cover was specifically designed to make it appear “almost as if he was an innocent spectator himself,’’ Covelli said. “He wore that in an attempt to conceal himself.’’

The amateur rapper went directly to his mother’s nearby residence and tried to flee the area using her car, authorities said. There was no indication that he told his mom what he’d just done, Covelli noted.

Law enforcement authorities sought the killer for hours. He was finally located and arrested Monday night about 5 miles from the scene after an alert citizen spotted the vehicle and called 911.

Inside the automobile, police discovered another rifle. They later searched his apartment in Highwood and located more firearms described as “potentially pistols.”

Authorities said the weapons all appear to be legally purchased by the deeply disturbed individual.

Charges are pending as investigators continue to sift through the evidence and consult with prosecutors. Covelli said the appropriate charges will be filed and announced at a later time.

“We do believe Crimo pre-planned this attack for several weeks,” Covelli added, yet investigators were still trying to determine a motive, according to the Post.

“Investigators … have been in discussions with him. I don’t have anything to say about motivation thus far because it hasn’t been provided.”

UPDATE: The Illinois State Attorney’s Office announced that Crimo has been charged with seven counts of first-degree murder.