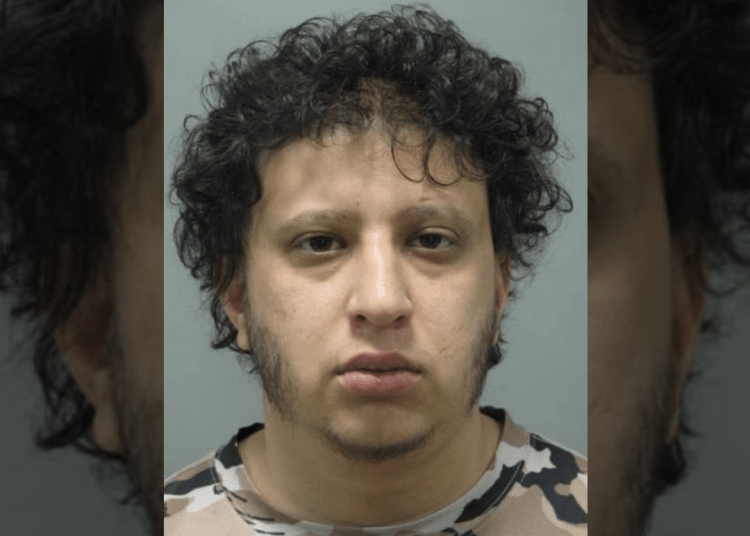 Just as quickly as the Kia entered the ground-floor unit, eyewitnesses said the vehicle shifted into reverse and drove off at about 1:35 a.m.

As police, firefighters, and medics pulled up to the scene along the 12200 block of Saint Peter Court in Germantown, they found the man and woman, remarkably uninjured, WJLA reported.

The woman told police she was sitting on the living room couch when the vehicle came crashing into the apartment. As a result, it shoved a piece of furniture into her male roommate who was sitting in a wheelchair.

The two were later lodged in a nearby hotel since their residence was uninhabitable.

“Investigation revealed that the suspect drove through the parking lot and then jumped the curb driving in between trees and shrubs and then driving perfectly through the side porch and through a large window into the apartment,” police wrote in charging documents, noting their hunch that the crash was intentional because of the precision and “accuracy.”

One officer was quick to notice a broken, side-view mirror inside of the apartment. Meanwhile, a neighbor told another officer his suspicion that the suspect was an upstairs resident by the name of Homed Ghorounidelcheh, reported WJLA.

Police discovered a red-colored Kia Sorento was register to Ghorounidelcheh. Therefore, officers made contact with the apartment in question. Ebrahim Ghorounidelcheh explained his son suffers from bipolar disorder, and as of late, had refused to consult with a doctor.

“He doesn’t know if he is up to date on his medication or taking it as prescribed,” police noted. “Ebrahim stated [his son] gets very annoyed with other members of the apartment complex due to excessive noise.”

A short while later, Montgomery County Police spotted Ghorounidelcheh walking down the middle of Great Seneca Highway. The man claimed he was drunk and headed to 7-Eleven. Officers placed Ghorounidelcheh, 33, in handcuffs and drove him to the 5D Station in Germantown for questioning.

“Ghorounidelcheh kept asking if anyone was injured and if everyone was okay. Ghorounidelcheh then said he hit the house and freaked out,” court documents go on to detail.

The impact sent the male and female tenant sliding across the living room. Remarkably, neither were injured.

Ghorounidelcheh was booked on two counts of attempted second-degree murder, two counts of first-degree assault, malicious destruction of property and disorderly conduct, according to WJLA.

During an initial court appearance this week, a Montgomery County District Court judge ordered Ghorounidelcheh to be held without bond while awaiting trial. He faces up to a maximum 113 years in prison.