The Trump hater said: 'Someone had to take a stand' 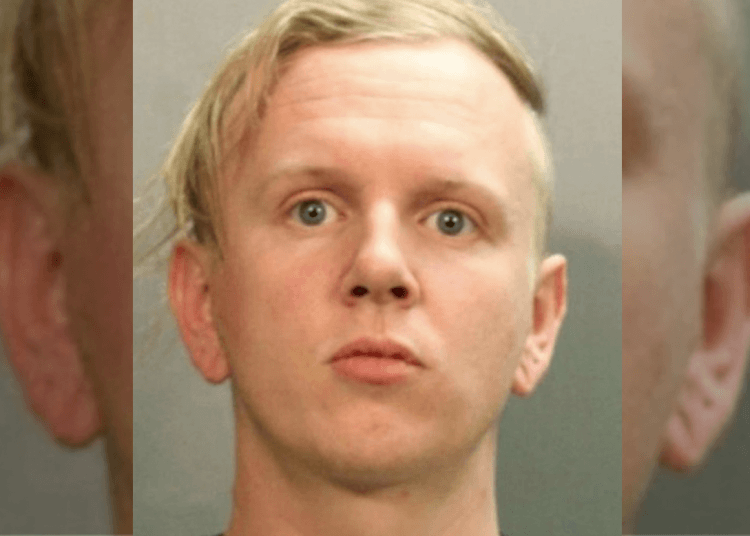 Gregory Timm is accused of intentionally ramming a GOP voter registration tent where six volunteers were working. No one was injured. (Jacksonville Sheriff's Office)

JACKSONVILLE, Fla. – A Florida man who rammed his van into a Republican Party voter registration tent on Saturday told deputies he did not like President Trump and “someone had to take a stand,” an arrest report said.

The vehicular assault suspect was identified as Gregory Timm, 27, reported Action News Jax. The man said he noticed the tent set up in a Walmart parking lot in Jacksonville when he went to buy food and cigarettes, according to a less-redacted version of the report released Tuesday. He said he drove to the tent after leaving the store.

Timm revealed his motivation when speaking to deputies. He said he “does not like President Trump” and “the other reason was because ‘it’s like someone s******* on your grave,’” according to the report.

The six volunteers working in the tent somehow managed to escape without injury, even though the van accelerated through it, knocking over tables and chairs. After wreaking havoc, Timm exited the van, took out his phone and “flipped them off” before driving away, according to the GOP volunteers.

Timm willingly showed deputies video of him speaking to volunteers prior to the incident, and another that abruptly ends before the van strikes the tent, according to the report. Deputies described Timm as “upset” that the video ended before what he called “the good part.”

The Republican Party of Duval County released the less-redacted report on social media, calling on the national media to stop hiding and cover this story with honesty and integrity.

“It is high time that the national media begin to act responsibly in this case and call this deranged criminal’s attack what has been clear: An obvious assault motivated by blind rage toward President Trump,” Duval County GOP Chairman Dean Black said in a statement accompanying the report.

Republicans were quick to condemn the incident over the weekend, with Republican Sen. Marco Rubio calling it a “politically motivated attack,” Fox News reported.

Sen. Rick Scott said the Duval County GOP “will not be silenced or intimidated,” adding that the group will redouble efforts to support Republicans throughout the state.

President Trump tweeted: “Be careful tough guys who you play with!”

Timm has been charged with two counts of aggravated assault on a person 65 years old or older, one count of criminal mischief and driving with a suspended license. The arrest report said no drugs or alcohol were involved.

Timm appeared in court Sunday, smiling and nodding to the cameras in the room, Action News Jax reported. He has been assigned a public defender, but online court records didn’t name the lawyer.