The suspect vehicle later crashed and two individuals were taken into custody, one of whom sustained life-threatening injuries. 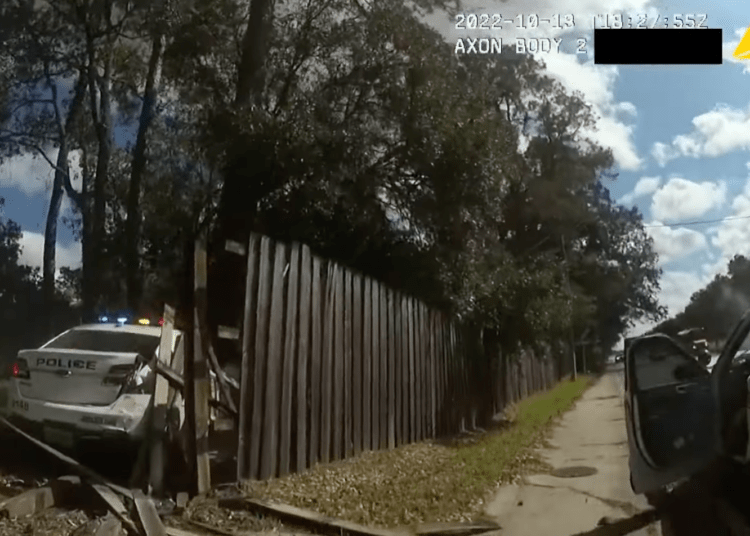 JACKSONVILLE, Fla. — Recently released bodycam footage provides a look at a pursuit that caused two Jacksonville Sheriff’s Office patrol units to crash into each other during the chase.

Officer bodycam video during the pursuit, which traveled South on Interstate 95 to Interstate 10 and South on Roosevelt Boulevard, shows an officer involved in the chase prior to crashing into a second patrol unit. The collision caused both vehicles to carom in different directions. One patrol unit smashed through a fence and the other struck a citizen’s SUV head-on.

The female driver of the SUV was transported to a nearby hospital with non-life threatening injuries.

The suspect continued south on Roosevelt Boulevard before crashing into a pole and both occupants were taken into custody. A firearm was recovered from the truck.

One of the two people in the suspect vehicle was transported to a local hospital suffering from life-threatening injuries, First Coast reported.

The suspect identities have not been released.