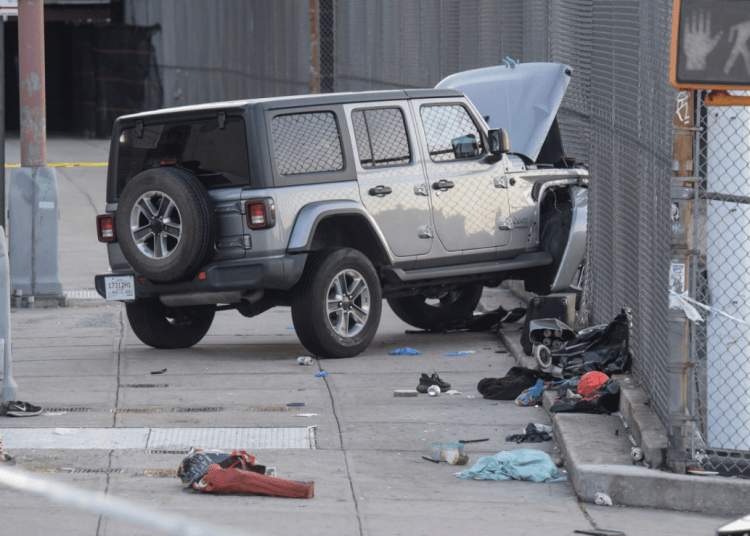 NEW YORK — A Jeep reportedly being used as a weapon plowed into six family members on a Bronx sidewalk early Sunday. Victims believe it was a targeted attack, which left one woman in critical condition, police said.

According to law enforcement authorities, a gray Jeep Wrangler hopped the sidewalk near Grant Park in Claremont just before 4 a.m. After the vehicular assault, the driver and a passenger fled from the area, New York Post reported.

The suspect vehicle struck six people, pinning a 60-year-old man and 34-year-old woman beneath the SUV. Firefighters and a police rescue team were able to free the man and woman, according to the Post.

All six victims—who are related—were taken to a local hospital. The woman is listed in critical condition. Among her injuries is a broken pelvis, according to sources. The other five family members were left with minor injuries, the Post reported.

The family members believe this was a targeted attack, although specific reasons were not publicly disclosed.