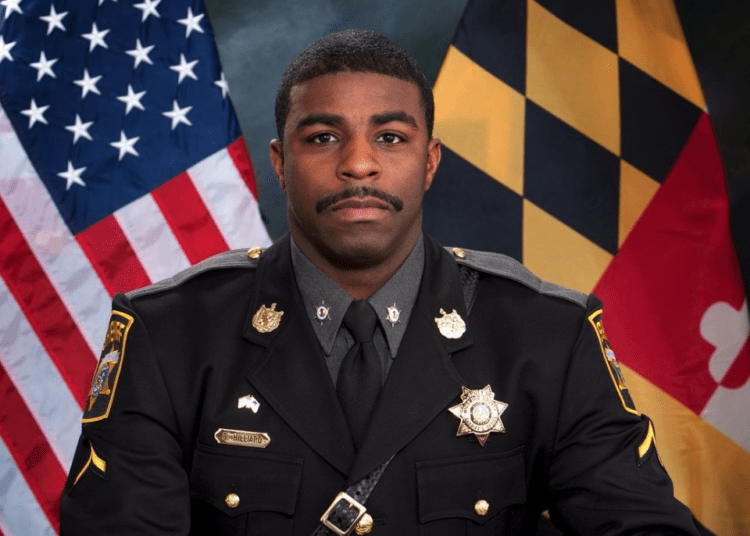 Hillard was shot and killed during a foot pursuit Sunday evening while trying to arrest a suspect who was wanted on multiple felony warrants. The gunman was later captured.

The Sheriff’s Office provided the following details in a press statement Monday morning:

“Sheriff Mike Lewis and members of the Wicomico County Sheriff’s Office regret to announce the Line of Duty death of one of their own. Just hours ago, Deputy First Class Glenn Hilliard, a 16 year veteran law enforcement officer was gunned down in Pittsville, Maryland while attempting to apprehend a fugitive who was wanted on multiple felony warrants in multiple jurisdictions. Deputy Hilliard spotted the suspect coming out of an apartment complex and a foot pursuit ensued. Deputy Hilliard was fatally shot while attempting to apprehend the suspect. After an extensive manhunt by dozens of law enforcement officers from throughout the region, the suspect was captured and is awaiting arraignment. There is no further threat by this man to our communities.

“The days ahead will be challenging, but for now, we are mourning the loss of an incredible human being. Deputy Glenn Hilliard was a son, a husband and a father to three beautiful children, a brother to those he worked with, and an exemplary public servant to the citizens of Wicomico County and to the State of Maryland. Our hearts and prayers go out to Glenn’s family during this difficult time.

“As an organization, we are heartbroken over this senseless and tragic murder. This loss exacts an enormous emotional toll on the Sheriff’s Office family, but we will do what is necessary and proper to honor Glenn and support those who knew and loved him. Brave men and women like Glenn Hilliard put their lives in danger every day to protect our families, and I am extremely grateful to them for keeping our communities safe. Glenn worked in several areas within the Sheriff’s Office, having most recently transferred back to patrol upon request. Glenn would have celebrated his 42nd birthday next Wednesday, June 22nd.”

Sheriff Lewis offered his gratitude and appreciation to allied agencies across the state that responded to their call for assistance.

“I am incredibly thankful for the outpouring of support from all of my fellow sheriffs, chiefs and federal law enforcement partners,” he said.