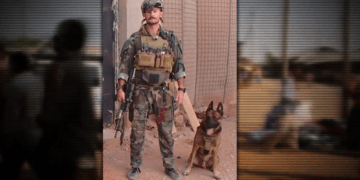 K9 Bass is a hero among heroes 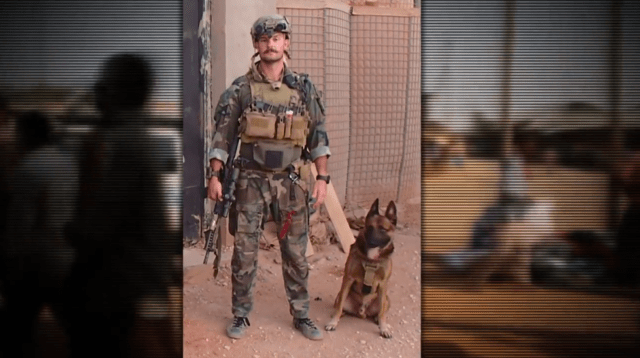 Retired Marine Staff Sgt. Alex Schnell said he knew that he had a very unique animal on his hands the very first time he saw K9 Bass, a Belgian Malinois.

“One of the first things I noticed is his golden eyes,” said Schnell in the new Fox Nation series “Hero Dogs” hosted by Shannon Bream.

“He’s got very piercing predator eyes,” he continued, “I could just tell with that look — this is a pretty special canine and I was very happy to get the chance to be assigned with him.”

In “Hero Dogs,” Bream told the stories of the men and women of the U.S. military and the K9s that are often leading the way, Fox News reported.

K9s like Bass and Conan are trained to master a variety of skills required by U.S. special op forces during some of the military’s most complicated missions.

“You have one canine, one handler that can track, is explosive detection capable and patrol capable,” said Schnell, explaining that Bass could sniff out weapons as well as find and take down bad guys if necessary.

K9 Bass and Schnell did all of that and more while serving together in excess of six years in Marine Corps special operations in Iraq, Afghanistan, and Somalia.

As their level of experience developed, Bass would prove himself to Schnell time and time again during missions around the world, all of which are detailed in the Fox Nation show.

Much like people, K9s develop a reputation. As a result, units began seeking out Bass to accompany them.

“When I went to the company that was going to Afghanistan,” said Schnell, “the team that had worked with me in the past — they requested me not necessarily because of me, but because they wanted Bass.”

Schell provided his recollection of one memorable mission in particular.

“We were in southern Afghanistan and we’re going in to capture or kill high-value individuals at this specific location. We land, everything’s normal, everything’s very quiet,” he recalled.

“We start making our way down to the objective area, that’s when the enemy hears us coming and they start opening fire.”

Consequently, the engagement lasted hours — in the dead of night, Fox News reported.

“Bass is following me around in the pitch black. The entire night, and he’s got explosions going off, gunfire constantly, and he’s got nothing but his trust for me to follow me around in my little hip leash until it’s time for him to get used.”

And used he was — entering a building ahead of the team and neutralizing the enemy.

“Bass conducted more than 350 explosives detections and helped hunt down dozens of high-profile enemy insurgents,” concluded Bream. “Amazingly, not a single member of the U.S. military lost his life while on patrol with this canine hero.”

Bass was awarded the Medal of Bravery in November 2019. It’s an honor bestowed by the non-profit organization, Angels Without Wings, recognizing the work of animals in combat.