Leadership: What It Is Not 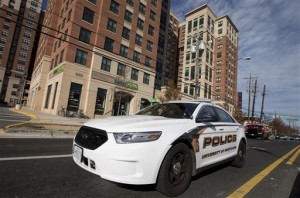 In my last article, I wrote that leadership starts with you.  The foundations of being a good leader always starts with accepting the responsibility to lead yourself and with being willing to be led.  One of the biggest problems with leadership is that we wait to train leaders for management and fail to train them to be leaders of their own lives first.  Leadership should be practiced in your life and in the most basic level of any job, including law enforcement.

The concept of leadership is hard because of what it is not.

First, it is not about you.  Think of any good leader you know and you will see how much they give.  They give time, energy and themselves.  The concept of being a servant is one who takes care of others and that is the very essence of what leadership is about. The guy that is always talking about himself, what he has done or what he will do cannot be a leader.  If you want to be recognized, then leadership is not for you.  Try being influential.

It is not about position.  If it were about position, every chief, lieutenant or sergeant would be followed without question.  Of course, those are the people that most people think are leaders because they are in charge. The state of law enforcement today is that we have a lack of leaders in charge.  Look at the no confidence votes or listen to the grumbling at the coffee shop.  Rarely do they show they care about their people, they care about their position.  Real leadership is observed in those who are disciplined and concerned for others, who are willing to do the right thing for the people that they serve and those are often seen on the line, helping our citizens.  There are many good leaders who never rise to prominence.

It is not about being their buddy.  I have seen bosses who have misunderstood leadership principles and try so hard to be liked that they miss leading.  You are not their buddy, if anything be their coach.  I personally never bought into the idea that you can’t socialize with the subordinates.  I understand the point because discipline can be difficult if you are too friendly.  That is a character flaw in you if you don’t have the integrity to tell people the truth and hold them accountable.  Try coaching instead of being a buddy.

It is not about avoiding conflict.  Every officer I know works for a department that has a rule named after someone.  Leadership is not about avoiding conflict by punishing everyone because you don’t have the intestinal fortitude to speak with someone about their errors.  Show people you care about them when you correct, failure to do so will cause more conflict with the officers who now must obey a rule because you avoid leadership.

It is not about the easy way.  If you are looking for easy, you can’t be a leader.  Leadership is hard and it takes effort.  Be willing to improve your skills, take the heat for the mistakes that happen and lay the road ahead.  Leadership is not for weaklings.  Resiliency is a good trait to develop.

It is not about playing favorites.  You will always have those one or two guys that will be good at the job and never give you grief about what you ask them.  I am not talking about “yes-men” but the kind of guy that does the job like it should be done, you know, future leaders.  You need to take care of and prepare ALL your people.  Playing favorites is lazy and it leads to burn out for the favorites and lack of development for the others.

It’s not about blaming others.  As a leader, the first thing to understand is regardless whose fault it is, it is your responsibility.  Leaders give the credit to others and assume the blame.  Want to destroy any chance at being a leader, blame others for all the things that go wrong.

It is not about being great.  If you strive to be great you are focused on the wrong thing.  Leadership is about making others great.  If you ever had a great coach in your life you will see that their goal is to make you into the best you can be.  I ran cross country and track for Dick Cooley, God rest his soul.  He wasn’t my buddy, he was my coach who guided me and pushed me to make me great.  It was never about him.  If you needed correction, he would talk to you about your responsibility to yourself and the team.  As coach, he was there early, gave of his summers, weekends and mornings.  He could have just given directions but he worked harder than us most times.  You put in the time, you ran, no favorites with him.  When we won (and we did) it was about the work we did and when we lost, he did not prepare us enough.  The more he made it about others the more he shined.  You will remember good leaders by what they are not.

Share and speak up for justice, law & order...
Tags: exclusiveleadeship