Civilian Review Boards Have Been Hijacked By Activists 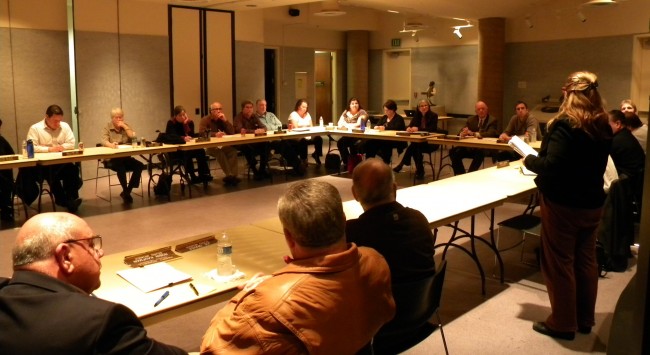 byDan Milchovich
Share and speak up for justice, law & order...

In what began decades ago as a coherent conversation regarding a stronger relationship between law enforcement and the public through a cooperative partnership has been hijacked by a core of individuals who have deep, personal, and historic issues with the philosophical, social, and tactical standards that have served as the integral core of professional law enforcement.

In a analysis of 27 randomly selected citizen review organizations, and taking into account those few who are driven by unselfish motivations, it is abundantly clear that those who sit in judgment of a police officer’s thought processes, sensory cues and tactical responses consist primarily of self styled activists, single issue advocates, political opportunists, ideological purists, financial entrepreneurs and, worst of all, self affirmed smartest guys in the room.  But most of all, they are hired guns pledged to a monolithic national organization called NACOLE, or the National Association for Civilian Oversight of Law Enforcement, which serves a singular vision through a networking pipeline that perpetually nourishes  its deeply entrenched belief that the law enforcement profession is inherently flawed.  It is the foundation from which reasoning is shaped, judgment is affirmed, and cops lose their careers.

Nothing reveals this mindset more clearly than matching the mission statements to what these authoritarian bodies call themselves.  They just simply have a difficult time hiding the true nature of their existence.   In Cincinnati, the goal is to “improve citizen perceptions of quality police service,” through the “Citizen Complaint Authority.”  In Long Beach (CA), the board wants to “maintain community trust in the local law enforcement agency” by “Citizen Police Complaint Commission. “ I couldn’t locate a mission statement for the “City and County of San Francisco Office of Citizen’s Complaints.”  Miami opted for a “vision statement,” which spoke of “police-community partnerships built on openness, equity, trust and accountability.”  Their concept of promoting those attributes consisted of letting the cops know that it was a Civilian Investigative Panel.  San Diego took it a step further, eliminating the partnership rhetoric and enhancing the message in the title of Citizen’s Review Board on Police Practices.”

And then there are the boards that get straight to the point. In Indianapolis, it is made clear that the “Citizen Police Complaint Board” is the only place “citizens who believe they have been treated improperly by an IMPD officer (have) the opportunity to have their complaints articulated and investigated.”  Kansas City (MO) has the “Office of Community Complaints.”  Its mission statement calls for “protecting community members” from their police department and to “encourage members of the community to file complaints …  “  Cincinnati wants to be known as the “Citizen Complaint Authority.”   Washington D.C. has the “Office of Police Complaints” which partly exists to ensure “the improvement of the citizen complaint process.”  The Las Vegas “Citizen Review Board” is right up front.  It “was established for the purpose of receiving and investigating complaints of misconduct by peace officers of the Las Vegas Metropolitan Police Department …” Portland (OR) even bills itself as “Portland’s intake point for community complaints about PPB officers. “

Chicago, a city being decimated by street crime, apparently believed it would be helpful for the “Independent Police Review Authority” to “investigate some misconduct cases even if no allegations have been made.”  Boston cops get a second opportunity to be disciplined because the “Community Ombudsman Oversight Panel” gets to play double jeopardy by opening closed cases that were adjudicated as not sustained, exonerated or unfounded even though none had been appealed by complainants.  In Atlanta, the Citizen Review Board website features a cartoonish giant horn that spews the bolded words, “false arrest, excessive force, false imprisonment, abusive language, harassment” as a visual enticement for attracting complainants.  And the “Citizen’s Complaint Oversight Panel” of Prince George’s County (MD) engages in “police accountability outreach,” which sounds suspiciously like code for chumming neighborhoods with complaint forms.

Two items stood out in researching the issue of civilian review boards.  What I didn’t find was any indication of interest by any review board of addressing false complaints, malicious intent, slanderous speech, or threatening behavior against law enforcement officers by those filing officially documented complaints.  And second, perhaps less emphasis on the target would actually encourage those partnerships that are so critical to the law enforcement profession and the communities they serve.

The fundamental insufficiency of street level experience of those who flock to sit on citizen review boards, combined with the cloaked political environment which controls the agenda, has rendered law enforcement leadership powerless to force authenticity into the process and vulnerable to the discomfort of their political handlers.

And worse, there exist law enforcement leaders who have apparently chosen to ensure their personal professional survivability by vocally and publicly embracing the lopsided structure of the review process.  Those few cops who happen to sit on citizen review boards are predominantly retired and high ranking or high ranking with skin in the political game.  They are universally excluded from judgment simply because they are associated with law enforcement.  In fact, the vast majority of review boards do not permit anyone with a law enforcement background, or those having relatives in the profession, to sit on a board that judges law enforcement decisions and tactics.  Several boards have retained an investigative core with law enforcement credentials, but a close look at the background documentation shows light experience and/or a heavy propensity toward the required NACOLE philosophy.  Previous experience as probation officers, public defender investigators, attorneys, and investigative public case workers are a sampling of acceptable background experiences necessary to analyze the incredible variables and illogical subtleties of law enforcement reality.

Dan Milchovich, D.P.A.., holds a Doctorate in Public Administration from the University of La Verne (CA) , a Masters Degree in Public Administration from the University of Southern California where he earned the Honorary Robert J. Barry, Director Emeritus Award For Academic And Professional Excellence, USC School of Public Administration, Delinquency Control Institute. Milchovich also holds Bachelor of Arts Degrees in both Criminology and Sociology, each earned at Indiana University of Pennsylvania. Throughout his 30-year law enforcement career he served in a variety of capacities, most recently as a Captain at Inglewood (CA) Police Department where he was assigned command of the agency investigative function. Prior to that, he commanded all uniformed patrol services. Milchovich has authored several articles for prominent law enforcement trade publications and has had editorial perspectives appear in several major national newspapers. His book, “Political Survival for Cops: Finding Your Job as a Law Enforcement Professional and Keeping It” is currently being printed by Looseleaf Law Publications (http://www.looseleaflaw.com) and will be available shortly. You can contact Looseleaf Law Publications at (800) 647-5547 or [email protected]