Karen A. Read, 41, of Mansfield, is facing criminal charges in the officer's death 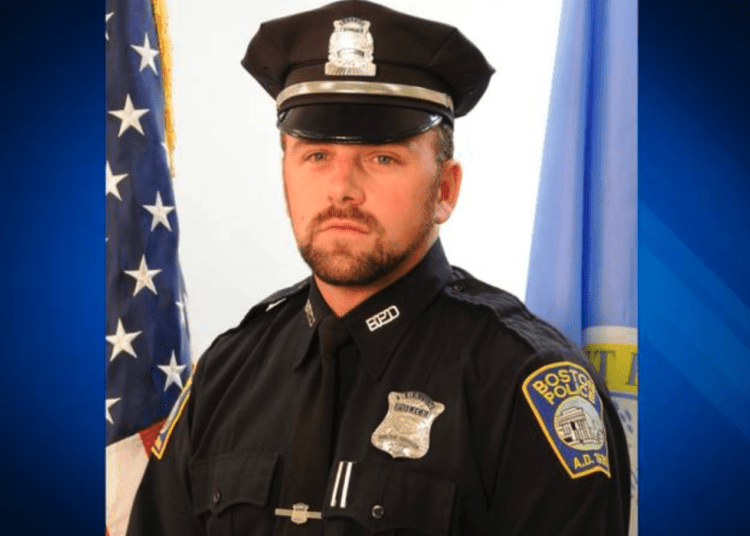 CANTON, Mass. – A Boston police officer was found dead Saturday morning outside a residence in Canton during a powerful storm, Law Officer reported.

Karen A. Read, 41, of Mansfield, has been charged with manslaughter in the officer’s death after he was discovered unresponsive outside the Canton home.

The Canton Fire Department responded to the residence just after 6 a.m. Although the local area received 21 inches of snow during a powerful nor’easter Saturday, O’Keefe’s body was discovered before the brunt of the storm struck.

“He appeared to have been in the cold for some period,” the Norfolk County District Attorney’s statement said, adding that he was taken to Good Samaritan Hospital in Brockton where he was pronounced dead.

An autopsy was completed Monday, although details were not provided.

According to authorities, Read drove to the Fairview Road area with O’Keefe. Even though she is charged with leaving the scene of a motor vehicle collision causing death, and motor vehicle homicide, the specific allegations remain undisclosed.

BPD told the news outlet they would not be commenting on Read’s arrest any further at the present time.

“Additional narrative information may be put into the record during arraignment tomorrow,” District Attorney Morrissey said. “Tonight our thoughts are very much with those whom John left behind.”

O’Keefe knew the residents that lived inside the house where he was discovered, the DA’s office said on Saturday. It was unclear how those details factor into the investigation.

A Massachusetts professor pleaded not guilty to running over her police officer boyfriend and leaving him for dead in a snowbank after a night of drinking in Boston’s suburbs.

Karen Read, 41, was arraigned on charges of manslaughter, leaving the scene of a serious accident and motor vehicle homicide Wednesday in connection with the death of Boston Officer John O’Keefe, according to the Boston Globe.

Bail was reportedly set at $50,000 for the equity analyst and adjunct professor of finance at Bentley University, as emotions ran high in a packed Stoughton, Massachusetts, courtroom, the New York Post reported. 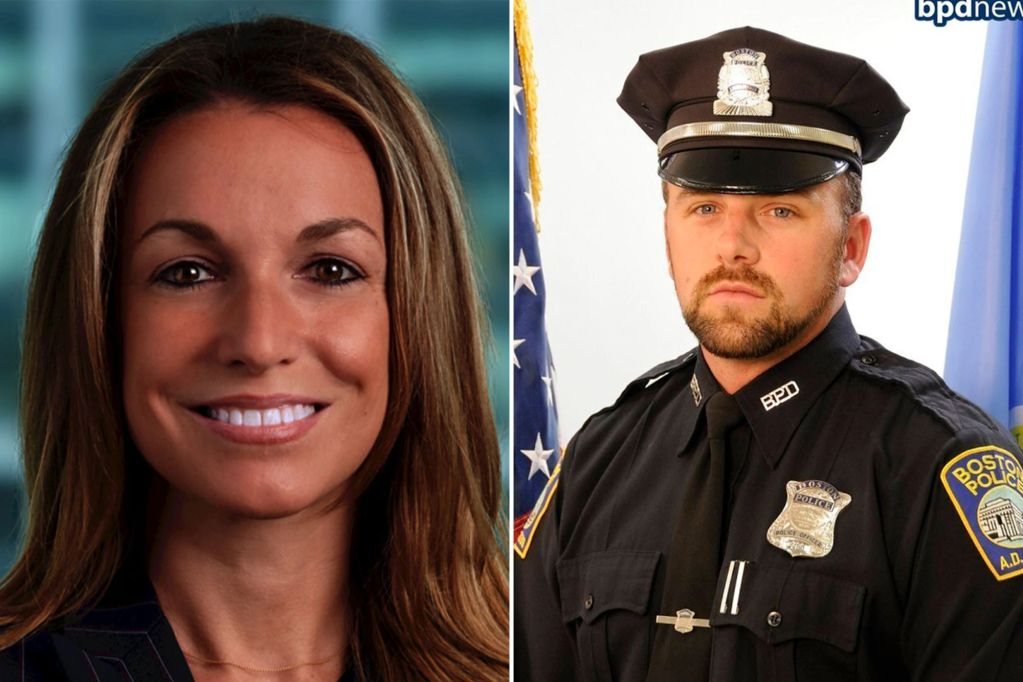 Read said she didn’t remember the fatal night, and only noticed the damage to her car when she realized O’Keefe was missing the next day. (LinkedIn/Boston Police Department)

Read was barhopping with O’Keefe, 46, on Friday night, and dropped him off at a house party in Canton, a police affidavit reportedly said. She allegedly slammed into him with her SUV while making a turn as she left, prosecutors said.

In the morning, Read noticed that her vehicle was damaged as she frantically tried to get in touch with O’Keefe to find out why he didn’t come home. She enlisted two friends to help figure out what happened, the Post reported.