K9 Jada suffers medical emergency, rushed to vet but does not survive 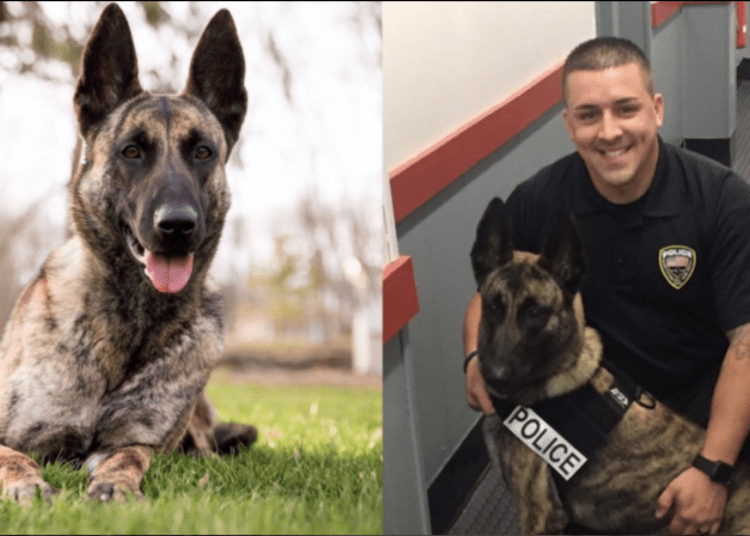 HACKETTSTOWN, N.J. — Hackettstown police K9 Jada suffered a medical emergency while on duty on Wednesday and died after being rushed to a veterinary clinic, the department announced on Facebook.

The Belgian Malinois was 5 years old. She has been with the police agency since July 14, 2016.

“Please keep officer Laver and his family in your thoughts and prayers during this very tough time,” the department said. “Jada will be deeply missed by all of us here and will never be forgotten.”

It is with deep regret that we announce the unexpected death of our K9 Jada. Jada was working Wednesday night when she…

The K9 unit received a $2,000 check in January after placing fourth in Aftermath Services’ annual K9 grant program, according to WRNJ.

Dibella wanted to donate the doghouse to a local K9 handler who was also a military veteran, Law Officer reported. Laver served during the Iraq War with the U.S. Army 10th Mountain Division’s 57th Gun-Truck Company.

“My passion for K9 started during my deployment as I worked with and observed military explosive detection dogs,” Laver said at the time he received the patriotic doghouse. “That’s when I learned about the Malinois breed. I had no formal K9 training until… I purchased Jada as a puppy. From that point on, I would work with K9 handlers and civilian K9 teams to learn and observe.”