"Becoming a cop … I think it's got to be increasingly thankless," Stamos said. 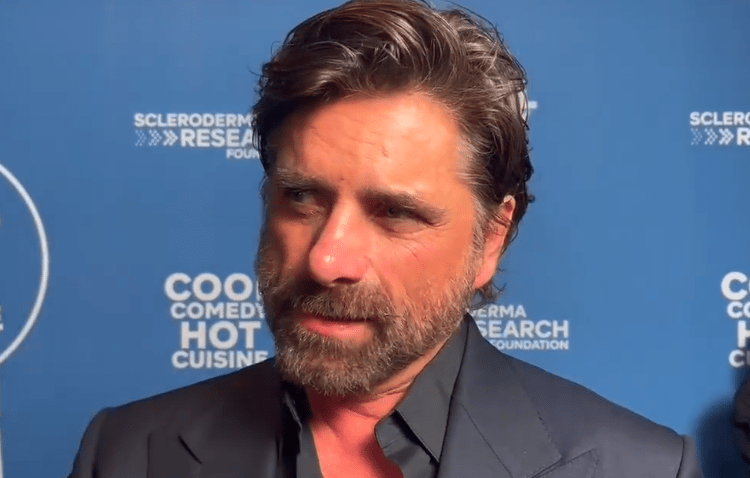 LOS ANGELES – John Stamos grew up in Southern California and is one of the rare Hollywood personalities who is not afraid to say he is pro-police. He also knows the importance of giving back to the community. So the former “Full House” star knew he had to help the law enforcement recruits who were severely injured after a man barreled his SUV into the Los Angeles County Sheriff’s Department Academy class out for a morning run November 16.

Sheriff Alex Villanueva said 75 recruits from Sheriff’s Academy Class 464 were running near the intersection of Mills Avenue and Telegraph Road in Whittier, California, just before 6:30 a.m. when they were struck. The driver of the vehicle was identified as Nicholas Joseph Gutierrez, 22, of Diamond Bar, Law Officer reported.

Immediately following the tragedy, Villanueva confirmed 25 recruits were injured with five of them listed in critical condition. Of the 25 injured recruits, 20 were from the LASD, 2 were from Bell, 2 were from Glendale and one was from Pasadena.

Gutierrez was subsequently released from custody shortly after the crash pending additional investigation due to the “extreme complexity” of the case.

“If you’re not helping out the community, what are you doing right? You know, it’s my community,” Stamos told Fox News Digital. “I was so touched by this story, which was, well these recruits were not only just young kids trying to do their best. A lot of these kids were also trying to get out of situations that they were in … bad situations, avoiding being in gangs.”

Stamos was joined Thursday by Kyle Lowder from “Days of our Lives,” as they helped Captain Jennifer Seetoo and Deputy Brian Knott of the Malibu/Lost Hills Sheriff’s Department raise more than $100,000 for Class 464 during a fundraiser at The Canyon Club in Agoura Hills last week, according to Fox.

“Becoming a cop … I think it’s got to be increasingly thankless,” Stamos said. “I’m here to say thank you to the police, and try to raise some money for these kids that were just trying to do their best.”

As the silent auction progressed, Stamos recalled the “horrible” crash that took place on the streets of Whittier while he addressed the crowded room.

“I grew up here, so it’s doubly sensitive for me,” he said. “I’ve always been pro-cop. I’m teaching my son to be. Any time we see an officer in our neighborhood, we go say ‘hi’ and say ‘thank you.’”

Lowder hit a note that is infrequently bellowed outside of police circles.

“I think that sometimes people forget that people in law enforcement are human beings, too, with families and kids,” he told Fox.

“Their whole families were affected by this. When I found out that so many people need help right now, especially during the holidays … I said, ‘I don’t care when it is, what I have to do, I’m there.”

The Gary Sinise Foundation has long been an advocate for first responders and the military. The foundation contributed $25,000 to the cause.

“When we heard the Los Angeles Sheriff’s Department was raising money to help our injured future first responders recover from last month’s horrific incident, we knew we wanted to help as part of the Gary Sinise Foundation’s mission to support and honor our first responders around the country who put their lives on the line each and every day to protect and safeguard our communities and the very freedoms we enjoy,” Donna Palmer, Executive Director of the Gary Sinise Foundation, said.

“On behalf of our founder Gary Sinise and our incredible supporters across the country, we are honored to help such an amazing cause and a resilient community coming together to help.  We are grateful for their service.”

Speaking for LASD, Captain Jennifer Seetoo said she was proud of the community for joining together for such an important cause.

“The recruits depend on us,” she noted. “They are our family. They signed up to sacrifice their lives, and now they need us.”

If you’d like to donate to the Sheriff’s Relief Association and help the injured recruits from class #464, click here.