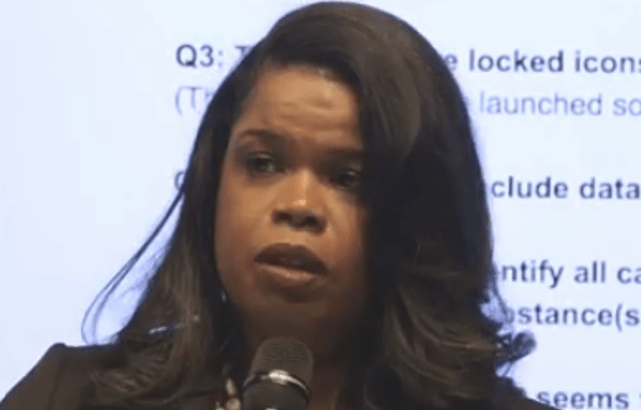 Foxx has deployed what is described as “relaxed charging decisions” as surging, gang-related violent crime is now extending into the suburbs surround the metropolitan area. Hence, police chiefs in areas surrounding Chicago have a vested interest to act in order to protect their communities.

“If police determine there is clear and convincing evidence that a crime has occurred, then they will have the authority to override the state’s attorney’s decision,” Durkin said. “The state’s attorney has been dumping a lot of cases – not rejecting them – but saying we’re going to put this on a continuing investigation and that means basically it falls into this abyss which leads to nothing. That’s how she’s able to keep her stats about felony rejections at a lower level.”

“It’s as if criminals are winning the war on crime in Chicago and Cook County,” he said. “It’s not because of police. It’s because we have a prosecuting attorney who is choosing not to work with police and has turned her back on police on so many occasions.”

Under the bill, the state’s attorney would have seven days to rescind a police department’s override by petitioning the Chief Judge of the Criminal Division of the circuit court, according to FOX News.

If the court determines that a police agency’s decision to override “was based on clear and convincing evidence,” the state’s attorney must proceed with a preliminary hearing or seek an indictment by grand jury within 30 days from the date the defendant was taken into custody. Moreover, if the offender was released on bond, a preliminary hearing or indictment must come within 60 days from the date he or she was arrested.

Furthermore, if felony charges are rejected, the state’s attorney would also be required to notify victims’ families within 24 hours and provide a written explanation as to why the offender wasn’t charged.

The proposal comes as Chicago homicides continue to soar since shootings are seemingly ongoing. As a result, there is a spillover effect on surrounding cities.

The city of Chicago has an astronomically high murder rate—largely blamed on Mayor Lori Lightfoot’s failed policies—as it has suffered 629 homicides this year through early October, a 56 percent increase from two years ago, Law Officer reported.

“It’s like a revolving door with gang bangers and drug dealers,” Durkin said. “That’s why I’m giving police this authority to override and to bring accountability to this office not only for law enforcement but more importantly, for victims who are left wondering ‘why is this person walking out of the police district who has committed this terrible crime?’”