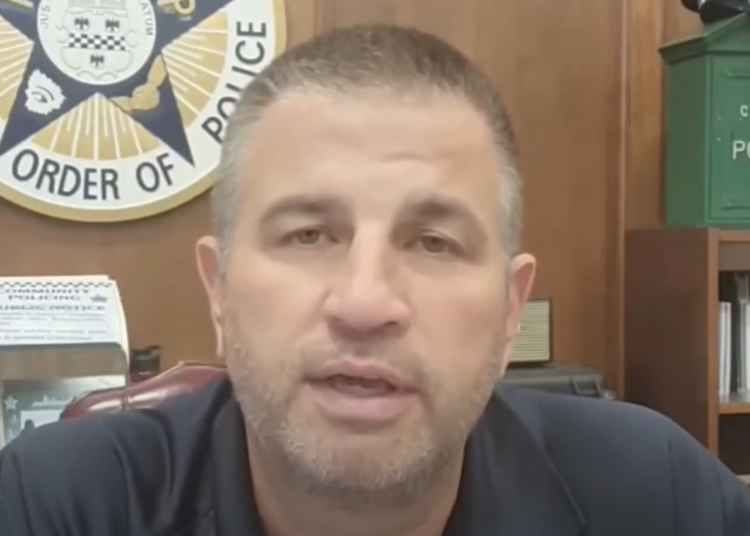 The FOP leader said Tuesday he would take Mayor Lori Lightfoot’s administration to court if it enforced a directive ordering city workers to report their vaccination status by Friday, New York Post reported.

Unvaccinated municipal workers who don’t submit to regular COVID-19 tests would be placed on unpaid leave, according to Lightfoot’s order.

“It’s safe to say that the city of Chicago will have a police force at 50% or less for this weekend coming up,” the labor leader said about an agency that employs approximately 13,000 police officers—second largest in the country behind NYPD.

Catanzara told FOP members to file for exemptions to receiving the vaccine, but not inform the city, according to the Post.

“I do not believe the city has the authority to mandate that to anybody, let alone that information about your medical history,” he declared.

Meanwhile, the city continues to experience an astronomically high murder rate—largely blamed on Lightfoot’s failed policies—as it has suffered 629 homicides this year through early October, a 56 percent increase from two years ago.

Lightfoot announced Friday the city has filed a complaint to stop police from potentially striking in reaction to layoffs due to a COVID-19 vaccine mandate, Fox News reported.

Lightfoot and the police union have continued to bump heads as the deadline for the vaccine mandate looms: City employees must enter their vaccination status into an online portal by midnight Friday.

“Everything from this mayor is a dictatorship,” Cantanzara said. “She just decided she was going to do it and push it on the entire city workforce across the board.”

Chicago Police Command has remained on Lightfoot’s side, saying Thursday that officers are expected to comply, show up to work and uphold their oath.

“Nobody is going to be turned away,” said police department spokesman Tom Ahern. “Officers will be working their normal shifts this weekend [and] they wont be turned away or sent home. … Officers will continue coming to work until they are told otherwise [and] that they are no longer on pay status.”