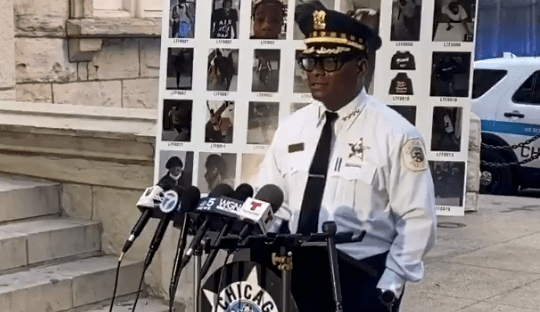 CHICAGO — The top cop at the Chicago Police Department has threatened to deny a retirement perk to those who choose to retire from the job rather than comply with the city’s COVID-19 vaccination policy, according to reports.

CPD Superintendent David O. Brown said that officers opting to retire rather than follow City Hall’s orders “may be denied retirement credentials,” the Chicago Tribune reported, citing a memo from Brown on Sunday.

A spokesperson for CPD would not comment or confirm when queried by Fox News and referred further questions to Mayor Lori Lightfoot’s office.

A spokesperson for Lightfoot’s office also did not respond to the news organization’s request seeking comment.

The Lightfoot administration required that city workers report their COVID-19 vaccination status or be placed on unpaid leave, setting a deadline for this past Friday. She threatened those who did not comply with unpaid leave.

Lightfoot said the no-pay status would not take effect until after the weekend because confirming compliance would take time, according to Fox.

Chicago police brass reportedly told officers last Thursday that anyone who refused to comply with the city’s mandate risked being disciplined or fired, Law Officer reported.

After the declarations were made, FOP President John Catanzara said that if officers were turned away, the city would have a police force “at 50% or less for this weekend coming up.”