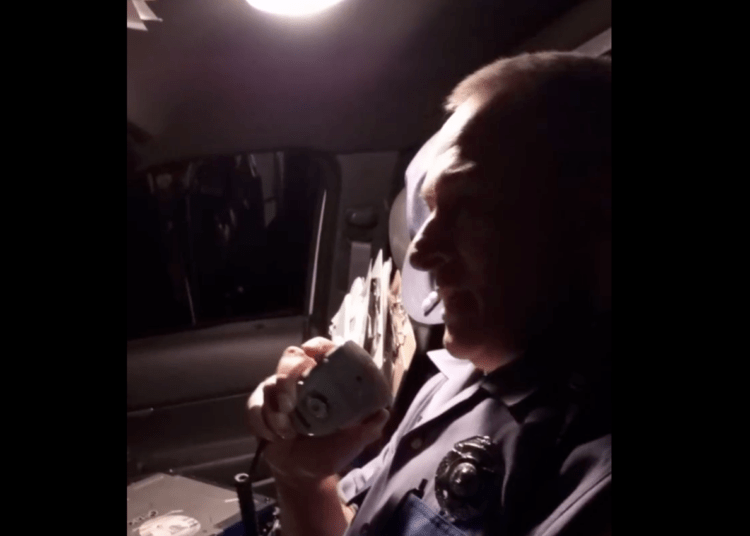 YAKIMA COUNTY, Wash. — Washington state Gov. Jay Inslee issued an order that prohibits any employee from engaging in work for a State Agency after October 18, 2021, if the worker has not been fully vaccinated against COVID-19.

So Saturday night, a viral video emerged of a Washington state trooper who apparently refused to get vaccinated as he submitted his resignation over the police radio. During the process, he had a special message for the state’s Democratic governor who issued the directive in August, Daily Wire reported.

“Jay Inslee can kiss my a**,” the trooper said as he dropped the mic at the conclusion of his message.

As the trooper began the broadcast, he stated, “This is my final sign-off. After 22 years of serving the citizens of the state of Washington, I am being asked to leave because I am dirty. Numerous fatalities, injuries. I’ve worked sick; I’ve played sick; buried lots of friends over these years. (I’d) like to thank you guys; I’d like to thank the citizens of Yakima County as well as my fellow officers within the valley. Without you guys I wouldn’t have been very successful; you kept me safe and got me home to my family every night. Thank you for that.”

“Wish I could say more but this is it, so, state 1034, this is the last time you’ll hear me in a state patrol car,” he concluded. “And Jay Inslee can kiss my ass.”

The dispatcher responded, “State 1034, thank you for your 22 years of service to the citizens of Washington state. You’ve taken on many roles in your time with the patrol. In your first year, you delivered a baby while on patrol … You’ve been a theory instructor … peer support member, part of the chaplaincy board … You’ve been a great role model and a mentor for all the young troopers serving in the area by sharing your knowledge and experience throughout the years. Thank you for your service.”

“This is the last time you’ll hear me in a patrol car and Jay Inslee can kiss my ass.”

Washington State Trooper in Yakima, Wash. signs off after 22 years — fired by @GovInslee for being unvaccinated. pic.twitter.com/RGLDs5BZxg