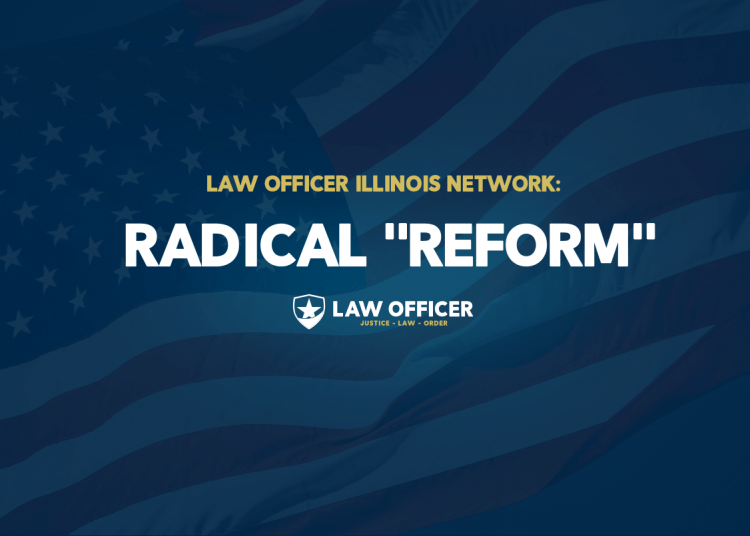 SPRINGFIELD, Illinois  — As we predicted last week, Illinois Democratic Governor J.B. Pritzker has signed the most radical criminal justice reform legislation in the United States. While the public and the nation has been given “feel good” summaries of the bill—such as the elimination of cash bail and mandatory body cameras for every Illinois police officer by 2025—the details in the 764-page bill have been left out of any real discussion.

Once the public sees what has happened and feels the real consequences, it will not be good for the cowards in Illinois that pushed this anti-cop legislation. lliinois HB 3653 has nothing to do with meaningful reform—but everything to do with creating an environment that limits law enforcement’s ability to prevent and stop crime. It does nothing but embolden criminal behavior, and probably to a degree that we have never seen before. Here are some quick highlights to this dangerous legislation.

The Illinois Legislative Black Caucus created and pushed for HB3653 and they, along with the Governor will be held responsible. Governor Pritzker will be an enemy of every good, law abiding citizen in the state as the months pass.

After signing the bill, Pritzker boldy said that “this bill protects police officers.” He somehow seems to believes this absurd legislation will make policing safer, and some how improve public safety. However, having seen this kind of nonsense before, this kind of legislation will do the opposite. And we will chronicle every step towards the lawlessness on our Illinois Law Officer Network Page.

Illinois cops must flee the state

Alabama Chief Ed Delmore has already thanked Governor Pritzker for the great recruits he is already getting from the state and many more will be joining him. While Law Officer will be helping law enforcement from Illinois, we will be informing the citizens along the way.

As expected, it seems the media in Illinois and across the country have yet to explain the details in the legislation, or the likely undesirable consequences. So before law and order ends in the “Land of Lincoln,” start demanding an explanation—and accountability from those who should bear the blame.