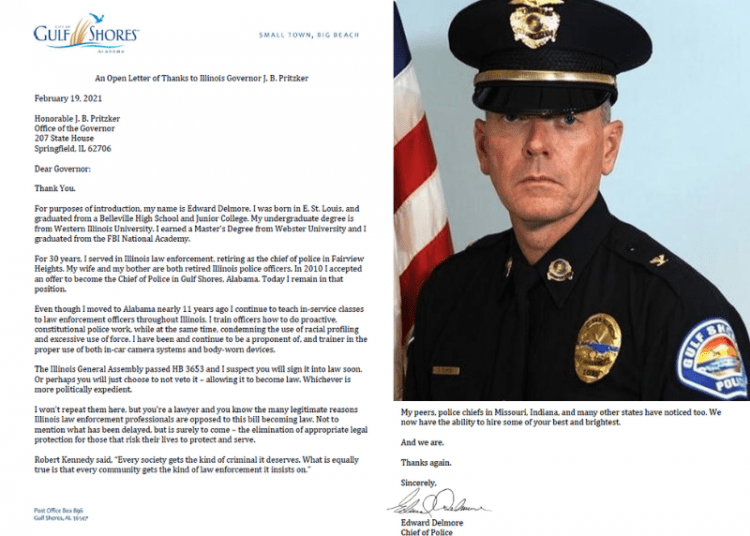 Gulf Shores, Alabama – Gulf Shores Police Chief Chief Ed Delmore has written an open letter to Illinois Governor J.B. Pritzker thanking him for a proposed law that will radically change Illinois Law  Enforcement. Delmore says that chiefs around the country will benefit by getting some excellent police officers to choose from as they flee the state. Illinois HB 3653 was authored by the Illinois Legislative Black Caucus, and approved by both houses within hours. It is being called a “criminal justice reform bill” howver, it is the most radical approach to fundamentally changing law enforcement we have ever seen. And it is a bill that will create tremendous danger to the citizens of Illinois and a hazard for any cop working in the state.

Here are some of the highlights of the bill.

We could go on… but we will cover all of the elements in a future article.

Much of it is absolutely brutal and devastating to the state and those who serve its citizens. But the last section about body cameras says just about everything you need to know about where draconian anti-police legislation is headed. And it will noy bode well for public safety.

And it reads more like an excuse to throw cops in jail, either from forgetting to turn on a camera in the middle of a stressful event or by not letting them review footage, and let second-guessing prevail in the smallest details in a report. For these reasons and more, we recently recommended that Illinois departments should get rid of body cameras immediately—and Illinois officers should flee the state by 2025. It looks like Chief Delmore is reaping the rewards of that very exodus, to the tragic demise of Illinois residents and any common sense of public safety.

“Many well trained and educated Illinois police officers have begun to apply for positions in my organization,” Delmore wrote. There will be many more. You can read Chief Demore’s letter to Governor Pritzker below. 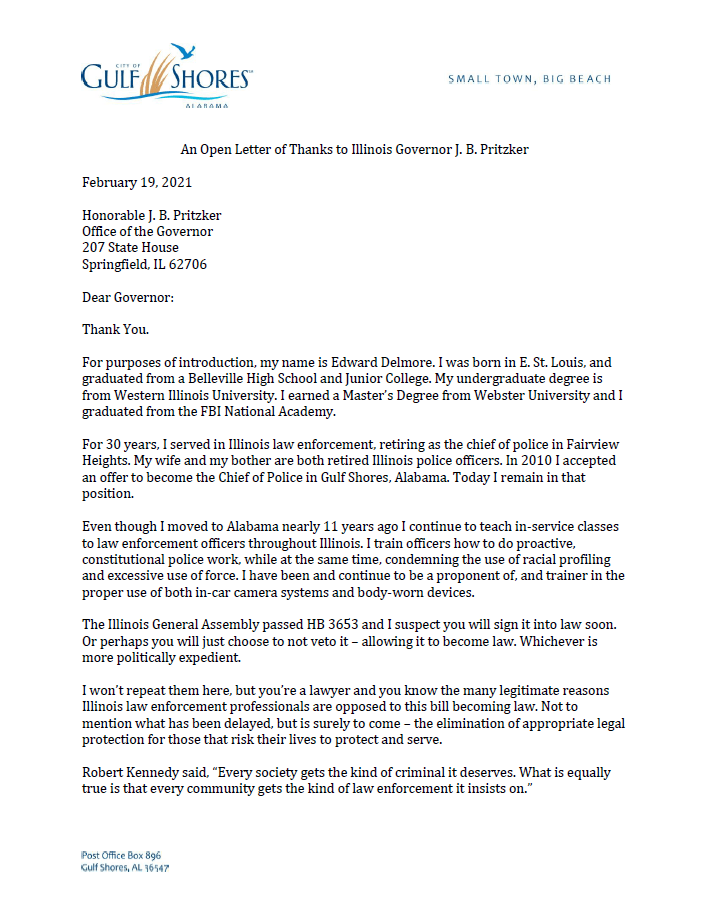 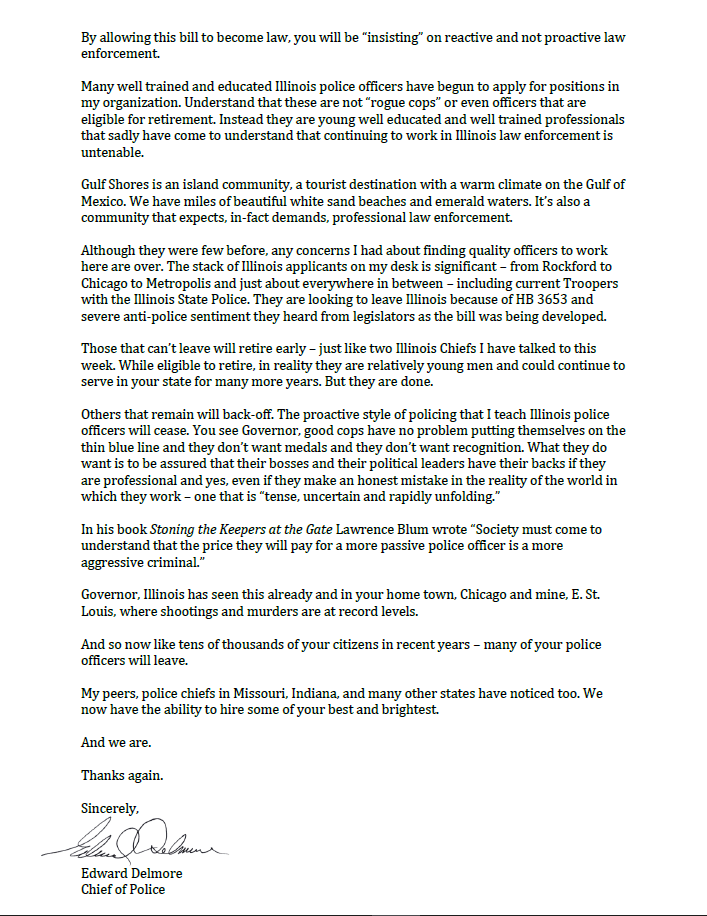 To give you an understanding of the scam that HB 3653 was and is, the 764 page bill arrived for lawmakers to review at 0304 hours and debate began at 0401 hours. Within an hour, the bill was passed.

If this “reform” bill was such a good thing for the state of Illinois, it makes you wonder why it was introduced and passed the way it was. The answer should be obvious and the contents are obvious to every cop in Illinois. The citizens have been given few details. But within months, they will know how dangerous the bill is in a very personal way.

Take a snapshot of what is already a crime-ridden state and get ready. Illinois is now ground zero for what “criminal justice reform” will do to our communities and whatever safety is left for them.

For Chief Delmore, he is right.

All of our law enforcement agencies have the biggest recruiting opportunity in a generation. Police recruiters across the country should be setting up shop in Illinois and as they leave with the best that state has to offer, remember to do what Delmore did… thank the Governor and every other politician that decided to absolutely crush their state.